As part of a new series - supported by AME Awards - championing creative effectiveness, LBB speaks to the CCO of Serviceplan Group and President of ADCE 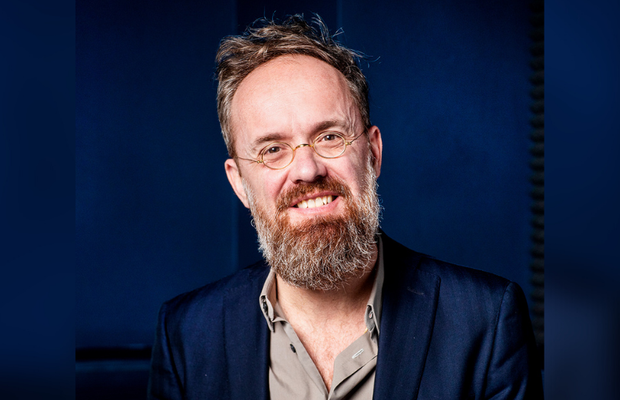 AME Awards, the effectiveness-focused award show from New York Festivals, has partnered with Little Black Book to sponsor the Awards & Events channel. This channel is a place for general news about award wins and any events being held, but it's also a place to discuss the trends impacting and changing award shows, such a prevalent part of our industry.

Over the course of this partnership, we'll be interviewing some of the advertising industry's brightest minds and most revered leaders on the meaning of effectiveness in 2021, the advertising awards landscape of the future, and just about anything and everything that might come up along the way.

Today, we catch up with Alexander Schill - CCO of Serviceplan Group and President of ADCE. Here, Alexander reflects on how ‘effectiveness’ has become synonymous with great modern creativity, and why, ultimately, the best way to get seen is simply to tell the truth…

LBB> You’ve spoken before about creativity as a higher ideal, outside the worlds of business and the economy. So, if money is not the best way to measure creative success - does that mean awards shows are?

Alex Schill> Neither economic success nor award shows alone are qualified to measure the impact of creativity. Creativity in our business is just a vehicle – I like to call it a Superpower – which is utilized to reach the objectives defined for a brand whatever they might be. Creativity has the ability to directly reach customers’ hearts which makes them long-term followers and fans of a brand. Whereas rational short-term decisions like price-activations are mostly made by our brains. But if we take the observation and discussion about the power of creativity out of our limited business perspective, and look at it from a more universal point of view, the whole discussion about “effectiveness” becomes blurred anyhow. Personally, I view creativity as the ultimate solution to overcome most of the problems we are facing in our day-to-day lives. For example, during the global pandemic that the world has faced for over a year so far, all the issues that we have been confronted with, such as;  home-schooling, virtual meetings, vaccination programs etc., needed to be solved creatively in terms of thinking and approach. No traditional solution worked as we were universally facing completely new and unprecedented challenges.

As a side note, at Serviceplan Group we defined our own philosophy of creativity a couple of years ago as ‘“ÜberCreativity - a special form of innovation that results when various specialists, cultures, talents, media and technologies are brought together. This ÜberCreative spirit is not only a mantra that we can apply in the day to day life of an advertising agency, but also to problem-solving in areas outside of work.

LBB> Do you think that financial results are helpful when it comes to awarding ‘effective’ creativity, or would you define effectiveness in another way?

Alex> “Effectiveness” has always to be measured in the objectives. If the objective is not a “better financial result” but an increase of awareness for example, then this of course is the K.P.I. that we should look at. But ultimately – and this is the big learning that I and many others in my industry have experienced over the years – creativity works most effectively if we use it constantly over a longer period, with the objective of strengthening the brand over time. Which, by the way, will invariably lead to better financial results.

LBB> Has the way you define effectiveness changed at all over the course of your career?

Alex> In the early days as young creatives we were a little bit more rebellious of course, and therefore didn’t care too much about the results. But more later on how to become famous, ha ha! Joking aside, this cavalier attitude of a young creative changes pretty fast as one grows up and experience trumps bravado. Besides that, today effectiveness has reached another level of importance as we have data and technologies to prove how well things have worked. The power of analytical tools means that we can shut down any discussions about the value of creativity, because the results are so tangible that they can directly be connected to the communication and the execution of the creative idea. The key thing here is that we have to set 100% clear K.P.I.s before we start!

LBB> An IPA report has suggested that award-winning creative work is becoming less ‘effective’. How do you respond to that?

Alex> I think that’s been taken out of context a little. The argument in the report is not that creativity somehow doesn't work anymore. The report states that creativity works best over months and years, so the shift towards short-term campaigns means fewer of them deliver on their full potential. Which in fact is a dilemma today, as many brands tend to make only short-term marketing plans with focus on sales driven activities, with no long-term impact on the brand itself. This is understandable when the markets are under pressure, but nonetheless wrong.

The report says: “This collapse in effectiveness can be explained largely by the shift to short-term activation-focused creativity… We have known for many years that creativity delivers very little of its full potential over short time frames.” So without any doubt, creative advertising works better than non-creative advertising. Simply because a creatively powerful campaign has more staying power in the minds of consumers.

There are outstanding examples for the Superpower of creativity in building brands and selling the product at the same time, such as the Snickers campaign from BBDO that has been running for years now with the same tag-line and at the same high level of creativity.

LBB> In your role as President of ADCE, you’re also interested in improving the visibility of great creativity. You’ve said that ‘truth’ is one of the best ways to be visible - so could we say that truth is the key to creative effectiveness?

Alex> Creativity is the best way to create visibility. It is the best vehicle to get peoples’ attention, and attention is the first step to creating a reaction. That can be whether the ultimate goal is to encourage the consumer to buy a product, or if it is to change one’s mind towards a bigger problem like climate change. visibility is key to getting people thinking.

From my personal point of view, I don’t like lying. Lying makes things difficult, and I am a big fan of the truth. The truth is easy, whether you like it or not. The truth will stay forever. And again, it is the long-term perspective on things that matters as much as creative effectiveness. So yes, I would agree with the concept that using the truth in advertising is a good way to create effectiveness.

LBB> The pandemic has had a huge impact on awards shows across the world. What are your thoughts on the future of awards?

Alex> Awards shows have been important in the past, and will be in the future. But they are not the Holy Grail. Sometimes good work doesn’t win, and bad work cuts through because the jury just in that moment loved the piece. But either or - both is not a drama. We shouldn’t take ourselves too seriously. The real race happens on the street. Can you reach the objectives in the briefing? Or not? Can you do it better – i.e. more effectively – than the competition? Or not? And most importantly: are you proud of your work? Or not?

Effectiveness became an important factor for jurors in recent years anyhow, and in categories other than “effectiveness”. Work rarely gets awarded when the jury thinks: “Uh. Nice and creative. But no chance to reach the targets or the audience.” Not anymore. A couple of years ago people sometimes said: “We are a creative jury and should not care about if it worked or not”, but this has definitely changed.

Ultimately, that change has been for good. Because today nothing will be awarded a Grand Prix just because it is creative. We always ask ourselves in the first step “Was this work seen out there?” “Has anyone in the jury heard about it in real life?” “Did it change something?” So we have, fortunately, overcome the status of ‘L’art pour l’art ‘ judging.

LBB> And finally, what advice would you give to creatives looking to make award-winning work in the future?

Alex> Study the work that has been awarded in previous years. And then do something completely different!

Merlee Jayme on Why Creativity Is the Currency of the Future