All Singing All Dancing Automobiles in BBH China's Qoros Spot

Campaign for the Qoros 3 Hatch speaks (and sings) for itself 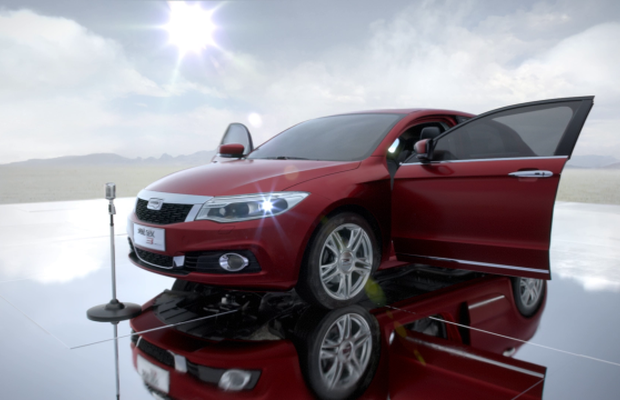 Forget celebrity endorsements and those conventional shots of a car moving down a winding road. A BBH China campaign for the new Qoros 3 Hatch lets the car do all the talking...and singing.

Appearing as the central star in a music video is the Qoros 3 Hatch - stealing the show and introducing itself to the world with its own take on a rap song and a few considerably impressive moves.

Directed by the famed Joseph Khan, with driving stunts by stunt man of Fast and Furious fame, the campaign is launching the Qoros brand’s second car launch into China in twelve months.

We wanted to shake things up - so naturally, we ended up in the freezing cold deserts of northern China, trying to direct a car to sing and dance –with a team who are the best in the business of course.”

Jamie Ahn, Head of Branding and Advertising, Qoros Auto said: “We were confident with BBH, our creative partners, that the Qoros 3 Hatch does not need the usual celebrity endorsement or hard sell to prove its worth. The car is rightly the main star of the campaign.”

The campaign targets China’s younger generation – a rising group of discerning consumers, no longer only seeking foreign brand recognition but quality of life and an alternative point of view.

Elvis Lee, Business Director, BBH China said: “Selling a conventional lifestyle is not going to work in the fickle Chinese market anymore. Consumers want to be entertained and engage with brands that they choose. The Chinese love live music and singing contests - so why not give them what they enjoy instead of pushing products down their throats.”

The Qoros 3 Hatch campaign includes a music video, a ‘making of’ video, an OOH campaign and a print campaign that starts a dialogue with consumers, requesting that they rate the car based on its features and quality.