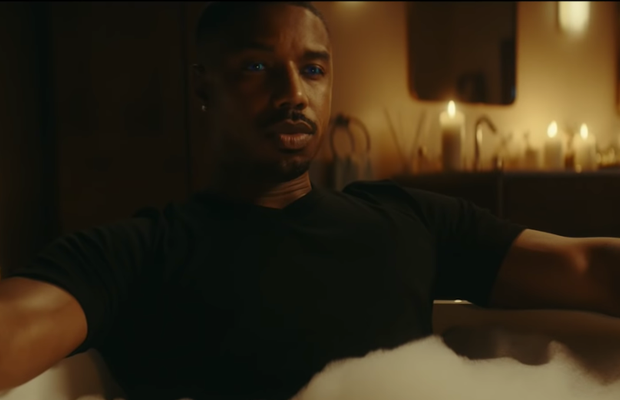 Last night in Tampa, the Kansas City Chiefs lost to the Tampa Bay Buccaneers in a Super Bowl game where a streaker on the field was perhaps the most exciting moment. However, the competition was a lot stronger during the commercial breaks, where advertisers scored points with viewers by using nostalgia, humour and empathy to tell their stories.
Today, The Clio Awards virtually gathered creators of celebrated Super Bowl spots from the past and present to decide, from the industry’s point of view, which ad earned the most points. Representatives from 72andSunny, BBDO New York, Highdive Advertising, Wieden + Kennedy and more, decided the Super Clio winner for most creative spot of Super Bowl LV was 'Alexa's Body' by Lucky Generals for Amazon.
"The writing, acting and production value all worked together to make it feel big and memorable, yet subtle and intimate all at once,” said Chad Broude, co-founder / CCO, Highdive Advertising. “Quite a creative accomplishment for Lucky Generals."
With everything that has taken place since Kansas City earned the Lombardi Trophy in Miami last year, it was no easy task for brands to surprise and delight a nationwide audience seeking a night off from their troubles. The jury, led by Rob Reilly the non-voting commissioner and global creative chairman of McCann Worldgroup, was impressed with a wide variety of ads, but two in particular stood out for the elements that mean most to industry insiders. Wieden + Kennedy New York’s 'Last Year's Lemons' for Bud Light Lemonade Seltzer was cited for its’ delicate and humorous take on the events of 2020. Jurors also cited the incredible production value and music selection as stand out elements. Ultimately, Lucky Generals’ work for Amazon scored the top prize for its combination of humour, authenticity, and restraint.
The commercial was called out for having been the latest in a string of Super Bowl ads from Amazon that continued to find creative new ways to humanise its product, and the stellar acting performances of the predominantly black cast made an impact in a year where the Black Lives Matter movement sparked important conversation about representation on screen and off.
The 7th annual Super Clio was decided by:
·       Sherina Florence, group creative director, 72andSunny
·       Diane Hill, EVP, group executive producer, BBDO New York
·       Keith Cartwright, founder / CCO, Cartwright
·       Ruben Mercadal, associate director of film and content production, Droga5
·       Margaret Johnson, CCO, Goodby Silverstein & Partners
·       Chad Broude, co-founder / CCO, Highdive Advertising
·       Danilo Boer, CCO, Ogilvy New York
·       Aaron Kovan, CPO, VaynerMedia
·       Colleen DeCourcy, president, Wieden+Kennedy
The Super Clio trophy, which towers above a standard Clio at 22 inches, matching the height and look of the Lombardi trophy, will be inscribed and presented to Lucky Generals this week.