American Express Asks 'What Do You Want?' for Deliveroo Partnership Launch 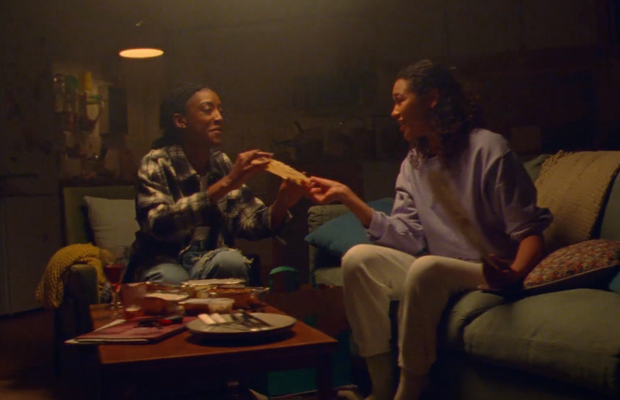 American Express has launched a new campaign for its Preferred Rewards Gold Card. Breaking this week, it celebrates the card’s extensive and flexible Membership Rewards and features a new benefit for 2021, giving Gold Cardmembers up to £10 off per month with Deliveroo. Created by dentsuMB, the new campaign includes TV, cinema, digital and OOH.

‘What do you want?’, shows the relevance of the Gold Card to who we are and how we live our lives today.  With Cardmembers able to earn points on nearly everything they buy, to spend on almost anything they like, it is one of the most flexible cards that rewards customers for being themselves.

Somesuch director Aneil Karia was enlisted for the film. Best known for his television dramas for Netflix and C4, including TOP BOY and his award winning short, “The Long Goodbye” for Riz Ahmed’s album of the same name. The film features the portrait of a young woman, showcasing the versatility of the Amex Gold Card and how it can help, from getting a Friday night takeaway to a special trip away with mum.

Dave Edwards, director UK product and partnership acquisition American Express said: “Our exciting new benefit partnership with Deliveroo means we continue to back our Cardmembers with meaningful, flexible rewards. With an American Express Gold Card you can also earn points on pretty much anything you buy, so being rewarded for just being yourself is a message we wanted to celebrate “.

“Aneil Karia has made important work that’s part of contemporary culture,” said Paul Cohen, joint ECD dentsuMB, “Knowing we wanted to make an authentic and compelling film, he was an ideal partner for ourselves and Amex on this journey.”

The Gold spot will run on TV and online, and will also be shown on big screens in some of the country’s most stunning settings, through a partnership with The Luna Cinema, the UK’s largest producer of outdoor cinema events.

The energy and warmth of the film is carried across OOH. The OOH visually brings to life how everyday purchases like your morning coffee can help you to get more of the things you want.

Media planning and buying is handled by Universal McCann.