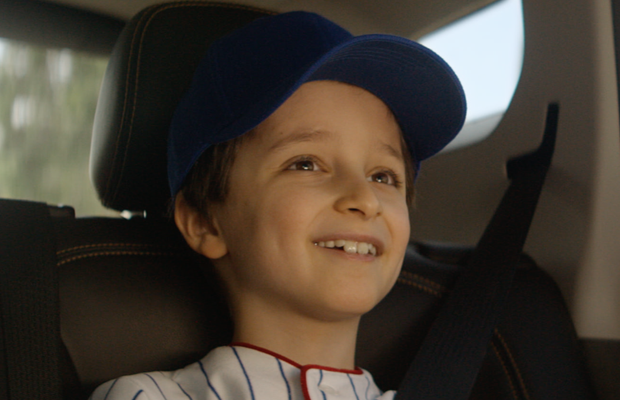 With the start of the 2021 Major League Baseball season upon us, American Family Insurance is debuting new advertising that celebrates a child’s love of the American pastime and a dad’s dream of supporting his son.  The ad, which supports American Family’s auto insurance product, features Milwaukee Brewers outfielder and former National League MVP Christian Yelich and represents the latest entry in American Family Insurance’s ongoing 'Insure carefully, dream fearlessly' campaign.

American Family announced a 15-year partnership with the Milwaukee Brewers including the naming rights to the stadium, American Family Field, which went into effect this year.  With the return of fans to baseball stadiums came the opportunity to celebrate our collective spirit of resilience and tell a universal story.

In the ad, we follow the story of Danny as he envisions himself playing in the 'most important, amazingest game ever played in the universe'.  He imagines that he is so good, that he plays at the professional level of Christian Yelich, hitting a game-winning home run and inspiring the crowd to go wild.  And he is being driven to the big game in question by his biggest supporter - his dad.

“At American Family, our job is to protect your dreams as you achieve them,” said Sherina Smith, VP and head of marketing at American Family Insurance. “We know that your car can be a valuable asset on your dream journey.  It does more than get you from here to there.  It drives you to your dreams.  And nothing deserves better protection than that.”

The new ad will debut April 1st and will run online as well as regionally in 39 markets across the U.S.  It will also be posted to American Family’s social media channels.

Tiffany R. Warren Named Chair of the American Advertising Federation National Board of Directors for 2021-2022