An Inside Look at AICP’s Camp Kuleshov Trailer Competition

Big Sky’s Chris Franklin and AICP’s Danny Rosenbloom reveal what makes this unique contest such fun, and so valuable 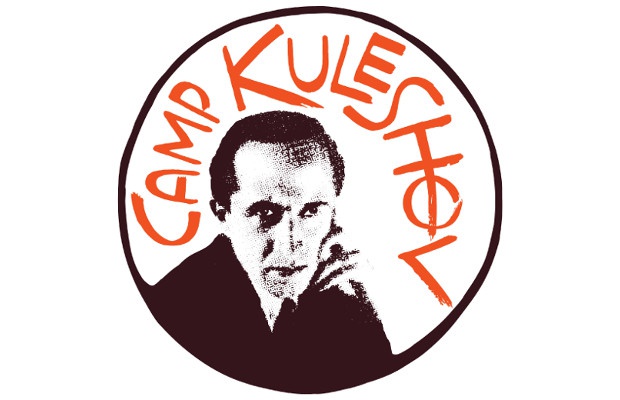 Camp Kuleshov, AICP’s annual trailer competition, just issued its call for entries, and with an early September deadline looming, LBB checked in with a couple of Camp K regulars to get some insight into what makes this such a great event. We asked Chris Franklin, editor and owner of Big Sky Edit in New York, who’s been leading the association’s Camp Kuleshov committee since AICE merged with AICP last year, and Danny Rosenbloom, AICP’s VP, post production and digital affairs, to chat about the benefits of taking part, the growth of Camp K among production companies and the brief that it lays out for those taking part.
There are Camp K categories for Editing, Graphic Design and Sound Design; entrants are provided a list of approved movies for each discipline and a list of approved genres for which the film can be re-imagined, either via editing or sound design. In the case of Graphic Design, the contest calls for creating a title sequence for a film which doesn’t have one, or has a very minimal one, that illustrates the entrant’s take on the film’s storyline or theme.
The competition is open to assistants, junior creatives, admin, support staff and entry-level employees at AICP member post production and production companies. Freelancers can enter, too, so long as they’re sponsored by a member company. Camp K is also open to assistants and junior-level employees at music companies that are members of the Association of Music Producers (AMP).
LBB> Camp Kuleshov is well-established in the post community. What would you say to junior staff at production companies to entice them to participate?
Danny Rosenbloom> It’s important that people realise it’s not just for post production or editorial companies. While Camp K came to us through the merger, we want very much to encourage people at all AICP companies to get involved – especially now that so many production companies have some form of post capability.
Chris Franklin> Camp Kuleshov gives the younger staffers and aspiring artists an opportunity to stretch creatively, so in that respect it’s a great exercise in problem-solving and creative thinking. But for a Camp K entry to win, it’s got to be an effective selling tool for the film the entrant has imagined. That’s what trailers are, after all – they’re ads. And since working for brands and agencies is at the heart of what AICP members do, we think the lessons to be learned by entering Camp Kuleshov can be invaluable.
LBB> How important is it for AICP member companies to get behind the people who are entering?
Danny> It’s very important that we show our junior people at each company that there’s enthusiasm and support for Camp Kuleshov coming from the very top. If you’ve attended any of the awards presentations, you’ll see that not just the entrants and their friends are on hand, but owners, EPs and established artists are also there. It helps foster a strong sense of community for this next generation.
Chris> Camp Kuleshov is a chance to show your appreciation for the hard work and long hours these young people put in every day – and at its best, the competition can give a young and ambitious artist the opportunity to be noticed in a way they otherwise cannot hope to be. 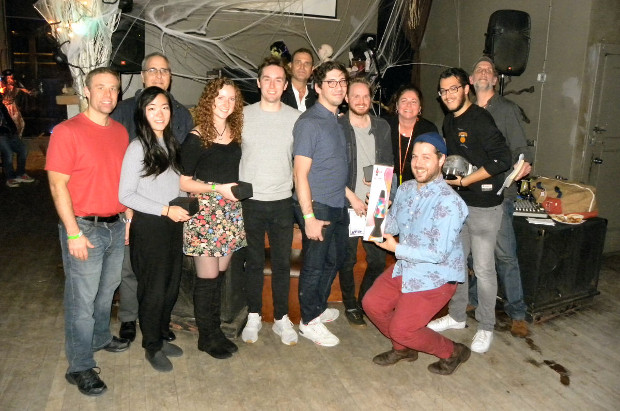 The winners from Camp K New York 2018
LBB> The source films for Camp K are always an eclectic bunch. What’s the strategy behind choosing such a broad range of films?
Chris> They’re intentionally drawn from a wide swath of film history, with some being quite recent and others being classics. There are a number of reasons for this: one is to expose entrants to a range of film styles, genres or directors. The other is that it gives them some options to really stand out in a crowded field. People often gravitate towards the same handful of films, so adding lots of ‘Kuleshov-worthy’ titles gives them a chance to make a real mark on the competition.
LBB> Each year Camp K seems to add something new. How do you keep the competition fresh?
Chris> We’ve done a number of things over the years, from introducing the Sound Design and Graphic Design categories to opening the competition to any junior employee (not just assistants) to allowing people to enter any category they wish. So beyond just the choice of the source films, there’s a goal every year to introduce new elements, as we’ve had many people enter Camp Kuleshov year after year – until they’re promoted to where they’re not assistants or juniors anymore!
Danny> We also introduced the ‘Camp K Coaches,’ who’ll be able to coach the entrants while they’re working on their submissions. These are all senior editors, artists and mixers who can help guide entrants through their creative processes, offering advice and mentorship but not solutions.
Chris> What’s great about this is that the Camp K Coaches have all come up through the ranks, having been assistant editors, mixers, designers or artists themselves, and can relate to what the entrants are going through. Indeed, this element of Camp K almost has an 'apprenticeship' feel to it, and connects back to the competition’s earliest days, when it was just an exercise for aspiring editors. Reaching out to the coaches not only serves as an introduction to the ‘pros,’ but gives assistants and others taking part a priceless opportunity to communicate as peers with some of our industry’s top talents. The guidance that can come from these exchanges can be a unique tool in developing a career. 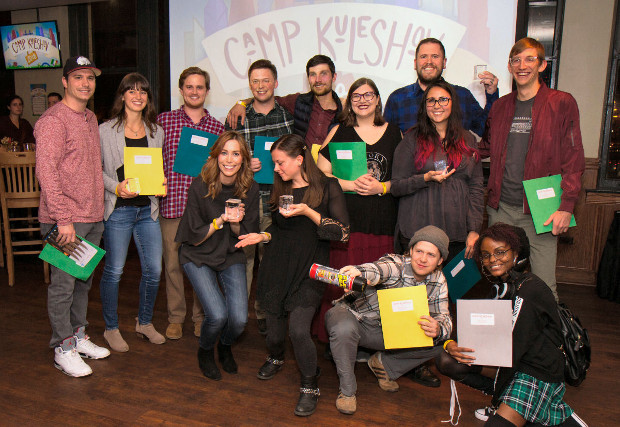 The winners from Camp K Chicago 2018
LBB> What does winning a Camp K award say about the craft, creativity and dedication of the winning entrants?
Chris> It says a lot. Being an assistant or junior artist, whether at a post studio or a production company, is hard work. Almost any entry-level job in our industry is hard, for that matter! To put in the time to create a really killer Camp K entry shows that you have a passion for your work, you’re curious and creative and you’re not afraid to commit to the process. While there’s room for collaboration, entrants must be the sole authours of the work they submit, so this is truly a showcase for individual talent.
Danny> Just take a look at the list of source films and you’ll see what Chris is talking about. The competition doesn’t supply the films themselves; the entrants need to go out and track them down on their own, which they’ve always had to do, even before the days of streaming video! This practice grows out of the very real requirement that most artists face within our industry: they need to be creative in finding their source material and working with it themselves. This is a real-world example of what it takes to succeed at a professional level. It’s a great learning experience.

The AICP Show Honours the Best Advertising of the Year

The 2021 AICP Next Awards Winners Announced