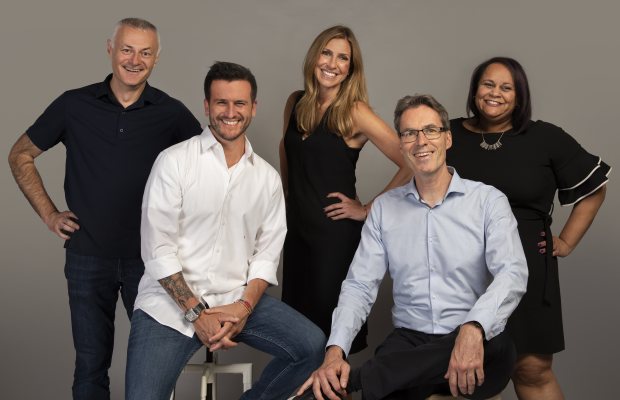 FCB has today announced that Andrés Ordóñez has been brought on board as chief creative officer of FCB Chicago, joining president Michael Fassnacht in leading the agency. Andrés will also work closely with global chief creative officer Susan Credle and join FCB’s Global Creative Council.
“We made a dream list of a diverse group of people we felt would take FCB Chicago to the next level. I was humbled by the response. As we spoke to these talented leaders, one person kept rising to the top. Andrés Ordóñez. Across disciplines, I kept hearing, ‘It’s Andrés.’ Andrés made an impression on all of us. But what is even more impressive are the beautiful words shared by people who have worked with him. FCB, and the industry at large, will benefit from Andrés’ leadership,” said Susan.
Andrés has spent the last five years at Energy BBDO, where his innovative approach across the agency’s diverse range of clients – including Wrigley, Bayer, MillerCoors, SC Johnson, American Egg Board, Avocados From Mexico, National Safety Council, Ocean Spray and Luxottica – led him to be the 17th most awarded CCO in the world, according to The Drum’s Big Won Rankings.
His work has not only spanned the globe but also crossed sectors and markets. He led the creative team that recently won the global pitch for Champion and has launched global platforms for Wrigley and SC Johnson. Andrés has worked throughout the Americas, China and Europe and helped launch the Red and Yellow M&M’s characters in LATAM. “I am very happy to have the chance to work with Susan. I have always thought I was destined to work with her. Even before I ever met her, it felt like I was in her orbit because of the places we both worked and the kinds of ideas we have created for brands. I know we will do great things together,” said Andrés.
Prior to Energy BBDO, Andrés launched Ford SYNC – a factory-installed, integrated, in-vehicle communications and entertainment system – not in a traditional way, but by giving the audience an innovative experience through a curated concert series.
“We were looking for someone with an equal passion for amazing work and great people. Andrés is that person. He is a world-class creative talent and true industry pioneer with a strong track record of cutting-edge work. I am excited to partner with him as we continue to chart our creative course,” said Michael Fassnacht, CEO and president of FCB Chicago.
In the span of his career, Andrés has received top industry accolades including multiple Cannes Lions, Clios, D&AD, One Show, New York Festivals, WARC, Effies and others. This year alone, he was part of Adweek’s Creative 100 and was called out as one of the 26 creative leaders that are becoming the industry’s new icons.
“From the moment I walked into FCB Chicago, I couldn’t stop thinking about it. I wanted to be a part of it and work with the people there to set new heights. It is the place – and the people – where I will be able to put my heart and the passion for what I do, where I’ll be able to create some of the best work of my career,” said Andrés.