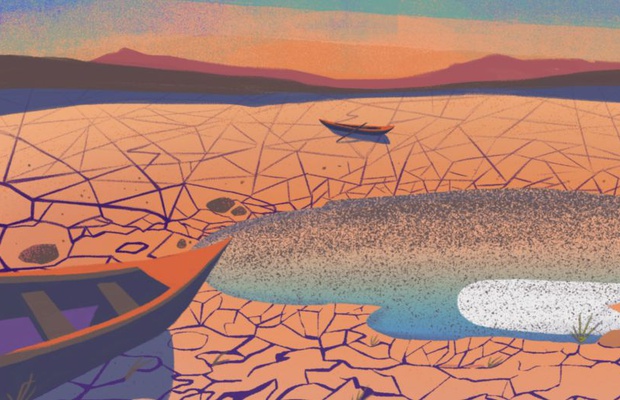 Today WaterAid has launched a series of three animated films highlighting the effect that climate change has on people’s access to clean water.

In the run up to COP26, we are more bombarded than ever by different opinions and theories on climate change. From politicians’ and celebrities’ views, to social posts and news bulletins... it’s a cacophony of contradiction and confusion. WaterAid’s three animations, launched digitally today and on TV from 11th August, aim to cut through the noise by highlighting the real people and communities who have experienced climate change first hand. The animations are based on the lives of communities living around Lake Chilwa in Malawi, in Kigamboni, Tanzania and in Dolakha, Nepal. By listening to these voices we gain a greater understanding of the impact of climate change and the important role that a reliable supply of clean water can play.

The campaign was written by creative agency Don’t Panic. Each of the films opens with a cacophony of opinions and we hear a variety of familiar soundbites about climate change. Each film then hones in on one person's story of climate change experienced through either floods, drought or landslides. The films culminate with an invitation to find out how WaterAid is helping communities living on the frontline of climate change by providing clean water to help them recover quicker from disasters and stay healthy, whatever the future may bring.

To bring the films to life, Don’t Panic partnered with award-winning animation studio, Strange Beast. Ivyy Chen took the reins as animation director, working closely with several animators from the Strange Beasts roster, such as Dan Stanker and Kyle Platts. The characters in the opening cacophony were donated by a handful of different animators, highlighting the individual nature of opinions. Each of the three experiences were brought to life by a different animator - making the films as individual as the experience of facing climate change.

The films are distributed by WaterAid’s media agency The Kite Factory and will be aired on TV from 11th August and are supported by social media and YouTube.

George McCallum, associate creative director, Don’t Panic, said: “The truly sobering thing about the production of this campaign was how easy it was to find these harrowing stories. There are so many millions who lack the most basic means to survive climate change. Water.”

Johnty Gray, mass engagement director, WaterAid, said: “Climate change is happening now and it’s making it even harder for the world’s poorest people to get clean water. Our new animation series highlights the experiences of those living with the daily reality of climate change such as floods, drought and extreme weather. The campaign is part of WaterAid’s journey of change in our advertising which started with our animation, The Girl Who Built A Rocket. We want to encourage people to visit our website to understand what we do and why, as we believe this will increase consideration for our work, leading to more sustained support.”