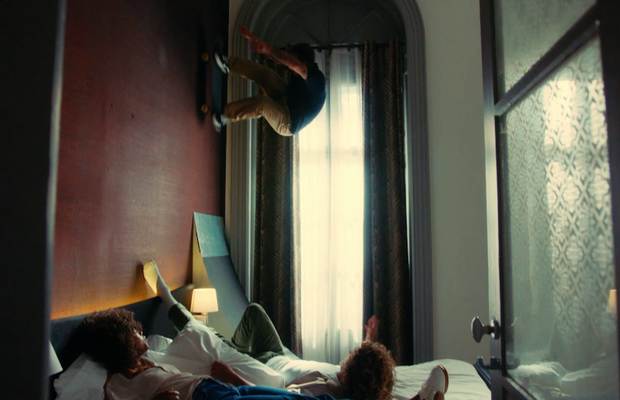 In the new episode of its saga around freedom, created two years ago with FCB affiliate agency Change, Appart'City undertakes a new challenge: to illustrate the notion of space with a fun, show-stopping campaign!

It all started from a simple fact for the leading brand in the the apart-hotel segment in France: a hotel room is on average 15m2, while an Appart'City apartment is on average 27m2. So, the question became, what would you do with this extra 12m2 of freedom?

To answer this, the company and its agency Change gave the keys of an apartment to Hurricane and FISE teams (the International Festival of Extreme Sports, the largest urban sports gathering in the world) and to Sam Partaix (professional skater). The result? Together they created professional modules to give birth to the first SkateRoom: half apartment, half skatepark.

They called on two young directors, Gabriel Dugué and Hugo Kerr, to make an ultra- spectacular 1min15s video, mixing appealing aesthetic and impressive skateboarding tricks, to demonstrate the ultimate freedom of movement offered by Appart'City to its clients. In terms of media coverage, short formats (in 6 and 15 seconds) will be broadcast on YouTube, Facebook and Teads throughout September and October.

When Appart'city wants to talk to us about freedom, they don’t do it halfway.