LBB’s Addison Capper catches up with tech leads from AKQA, MullenLowe APAC, DDB Latina, Digitas, McCann Worldgroup, and JUST to find out where augmented reality capabilities are at in 2020 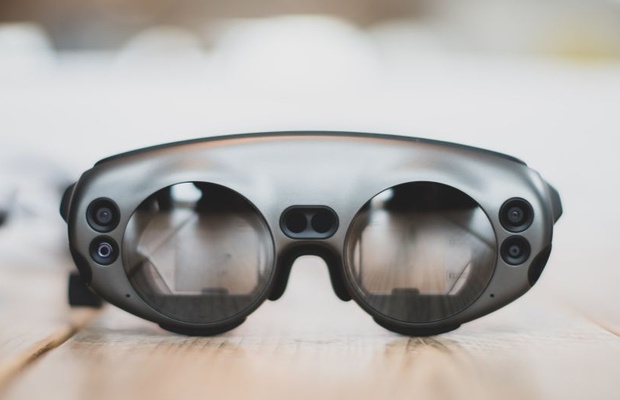 Augmented reality is not a new technology. In fact, it’s been around since the early 1990s, back in the days when MMMBop was merely a twinkle in the eyes of the Hanson brothers. But as a piece of technology in 2020, it somehow feels like it hasn’t quite fully arrived yet. Over two years ago we ran this piece on Magic Leap that was full of excitement and gusto. But still headsets like Magic Leap and its main competitor, Microsoft’s HoloLens, are out of the everyday consumer’s reach and need. Mobile AR experiences are commonplace but widespread use of the technology stops there. It remains to be seen how our interactions with AR will evolve in the future - for example, how the technology could revolutionise the way we do video calls. To get the lowdown on where AR is at today and predictions for coming years, LBB’s Addison Capper picked the brains of tech savvy folk from AKQA, MullenLowe Group APAC, DDB Latina, Digitas, McCann Worldgroup, and JUST.

The promise and potential of AR will continue to outpace the desired reality of AR for the next two-three years. Today, brands can deliver compelling, bite-sized mobile AR experiences, but are burdened with promoting and activating those experiences through owned or paid channels. Organic discovery does not exist at scale. So, while brands are able to deliver exceptional ‘stationary’ experiences now, truly great AR aspires to be much more mobile and contextual. The evolution of the technology will depend largely on advances in camera, battery and next-gen 5G internet with high speed and low latency.
Technology advances are already powering truly great, first-generation, telepresence experiences in AR and VR. While the Zooms and Teams of the world have enabled remote working collaboration, AR and VR strive to bring back the feeling of actual physical presence, emulating the proximity, body language and eye contact we are all craving. Add to that the ability to leverage powerful virtual collaboration tools and one day working in VR or AR may truly be better than going into the office with regard to productivity. For example, virtual collaboration could be powered by real-time language translation, enabling us to work with counterparts in other countries just like we do with our English-speaking colleagues, minus the language barrier.

Better mobile phones, faster wifi and more powerful content creation tools have improved AR while an end to relying on markers has significantly refined object orientation and motion tracking. Still, I don’t think AR will be delivering on the all-encompassing utopia we originally imagined anytime soon.
We won’t be pointing our phones at every object to open up a world of deeper information and interaction because people are very comfortable with their 2D screens and only want 3D when the context requires it.
Instead, I think there is a limited set of fairly unsexy use cases when AR shines: shopping, gaming and training. Shopping does have some sex appeal and we see it in Pinterest offering AR make-up try-on, Sephora’s Virtual Artist, IKEA’s in-situ furniture placement, and Wannaby’s virtual shoe try-on. While still not mature, AR games around franchises such as Ghostbusters and Harry Potter continue to emerge. A particularly important and inspiring application of AR has been with physicians, who have used the technology to get trained on ventilator usage during the Covid-19 pandemic. I think we are just moving through Gartner’s Tech Hypercycle, leaving inflated expectations behind and coming out of the trough to embrace more practical AR applications.

Augmented reality (AR) isn’t new. In fact, it has been around since the early 1990s and adopted in the early 2000s publicly. Many have predicted over the last decade on how AR will achieve mass adoption and change the world, however it remains a niche technology. The turning point came in 2016 where the Pokémon Go craze swept the world with 500 million downloads within the first 2 months of release and as of July 2019 have 1 billion downloads.
The fact remains that many Pokémon Go users will never know the game is built on AR technology and correctly so, they have no reason to. It is evident that AR technology itself can excite the mass public from young to old if applied correctly.
Many AR projects failed because companies focus too much on the technology rather than the use case. AR can be implemented on smart mirrors, smartphones, headsets, etc. With the right use case, AR definitely has a long way to go to excel, regardless, in the niche market (medical, engineering, etc.) or for the mass market (games, products, automotive, etc.).
Our point of view is that AR is here to stay and can play an important role in our daily life. The challenge is not how AR can fit into us but how do we fit the things we do daily seamlessly into AR.

I am a big fan of augmented reality technology and I can see thousands of opportunities for the communications industry. Especially when used creatively. The greatest level of augmented reality is EXPERIENCE, which has been a major target of advertising in recent years. In this way, the possibilities are endless and include the health, industry, entertainment, services and retail segments. Imagine that we can have an incredible store, with a super powerful experience, anywhere in the world pointing only your smartphone. Remote calls can gain almost real interaction. We can have more information about the products, be more engaging and help consumers to make attractive decisions. It is a great enlarged view of the world. But the biggest challenge of this technology is still to gain scale and improve usability. The high cost of production and prototyping for this type of technology is still a barrier.

I think augmented reality (and all its associated ‘realities’) are tools that people still haven’t really figured out yet how to effectively use. It has a lot of promise for remote workforces, where people may not have physical access to something they see (such as what Facebook AR teased), as well as some interesting applications in entertainment (such as baby laser tag) – but the technology is still not quite mature enough that it can deliver the kinds of seamless experiences that people expect from technology. That being said, I think it's only a year or two away from reaching that transition point from a curiosity into something more mainstream and widely used.

When I first saw virtual backgrounds in meetings, I hated them. I thought they were nothing more than a distraction. However, since working remotely full-time I have come to rely on them. Virtual backgrounds are a great avenue for self-expression and are part of our virtual work culture now.
Now I see a lot of people asking for more, by having AR face filters added to video calling tools. The ‘Touch up my appearance’ filter is a popular one for Monday morning calls, and you can already even go as far as connecting the Snapchat camera to your meetings to access their filters. Developers are now going as far creating filters specifically for meetings.
That may sound 'unprofessional’, but people weren’t sure about virtual backgrounds at first either. Now it’s a popular work activity to have virtual background contests.
Quite simply, people love to express themselves. That’s why they love custom emojis of themselves, or virtual backgrounds. It’s a medium for self-expression of the digital-self, in a world where our social interactions are increasingly virtual.
This is a conversation that shouldn’t be ignored by social media platforms or business tools. A more diverse range of AR filters could be coming to your video calls soon.
Photo credit: Bram Van Oost on Unsplash

Inside In-Housing: A Trend or an Evolution?