Are Some Brands Too Modern for TV Advertising?

INFLUENCER: Cheil's David Coombs reacts to the news that Huel is abandoning TV and OOH after trying it out late in 2018 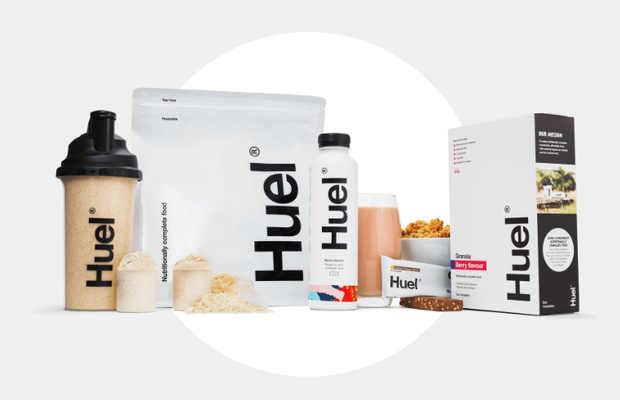 Huel, the UK-based meal replacement product launched in 2014, recently announced that a trial of TV advertising had come to an end. The brand’s co-founder Julian Hearn stated they found TV 'very difficult to measure and track'.

Hearn, who admitted 'I'm not a fan of offline really at all', indicated that future activity would focus on a mix of performance marketing and word-of-mouth.

Huel’s unsuccessful experiment with traditional media raises broader questions around modern, start-up brands and the best routes for them to build awareness, sales, and relationships with their audiences. I was surprised in the first place that the brand explored TV, alongside out-of-home, having established both good awareness and sales through newer, digital channels.

For a brand with Huel’s DNA, TV just doesn’t seem quite right. While the advertising industry continues to equate success with creating big TV campaigns, there are dozens of modern brands that are growing by just quietly getting on with establishing which content works best for them and their customers. It’s hard to see how the big, TV-focused approach will ever work for many of these advertisers. Yes, TV’s great for some, it still has the reach and broadly people are spending similar amounts of time watching television, but fragmentation across channels and platforms – Netflix and Amazon for instance - has made it more difficult to use the medium to really pinpoint an audience.

More fundamentally, Huel and other modern brands have flourished in the digital and social worlds, and don’t have the challenges of legacy brands, which tend to get stuck in a rut in terms of their channel approach, taking great pains to show they’re on a digital transformation journey when they’re probably not.  Putting your TVC on VOD may tick a digital spend box but it certainly doesn’t count as an effective digital strategy.

Modern brands, prioritising digital and social activity since they launched, achieve the most success with their content because they understand their audience, have a point of view on who they are trying to engage, and then understand what people find most inspiring and useful. This results in creating bespoke content that works for these audience groups, rather than building a static asset and pushing it out in a TV break or on a billboard.

Huel has adopted this approach previously, as have many other modern brands, especially in the skincare, beauty and fashion categories. Charlotte Tilbury, Bulldog, Gymshark, and ASOS.com are just some of the more prominent names that come to mind.

Their approach is honed to understanding the needs of modern audiences, which are crying out for brands to help them improve themselves, be useful in their lives, and sometimes to just entertain them. That comes down to offering something more meaningful beyond a traditional commercial, and brands such as Huel, which provides a real benefit in terms of a convenient meal alternative, should be front and centre in providing this.

That’s why I understand Huel’s change of tack. Audiences today are willing to spend more time with brands that deliver meaning, and there’s more opportunity for advertisers such as Huel when they move beyond the ‘one-size-fits-all’ model and focus on meeting the needs of a time-poor younger demographic that uses mobile as its primary device.

For Huel, and other like-minded modern brands, it’s about telling different stories to different people at different times. Today’s modern brands need to focus on embracing digital and social channels, invest in data platforms that unify customer data, and build on-going relationships that are unconstrained by the baggage, and limitations, of the big, one-off, hit of traditional TV advertising.

David Coombs is head of strategic services at Cheil UK