First of its kind campaign will air across Channel 4’s linear, digital and social channels 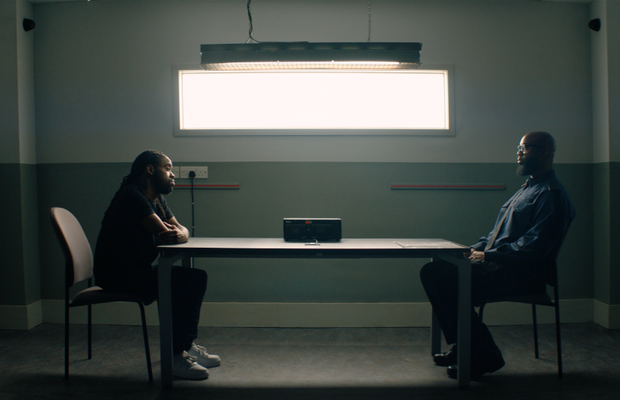 Armoury director Jack Laurance has collaborated with Channel 4 and the Police in their latest recruitment drive which aims to entice candidates for diverse and underrepresented backgrounds to the force. The series will be launching next Tuesday 18th May with the film ‘Life as a Black Police Officer’. will be released first followed by other films in the series such as ‘Life as a Gay Police Officer’ in late May and June.

Jack Laurance directors notes: Sometimes directing is about what you don't do, what you don't say. Just listening. I was determined that these conversations would be led by the contributors, not me. This was the only way we were going to come close to achieving the integrity the films required. This was a trust exercise too. The contributors had to feel that they owned the conversation, which was also central to the creative idea of turning a Police interrogation scene on its head.

For Film 1 'Life As A Black Police Officer' I remember sitting with Rowan & TJ in the green room. TJ (a Black Police Officer from Tottenham with firearms experience) was understandably quite nervous. How honest was he allowed to be in his answers? We discussed the opportunity this was to really talk openly about accusations of institutional racism. Not to hold back or self censor. Easy for me to say, behind the scenes, as a White male. Much harder for TJ to say, on camera. There was (and always has been) a lot at stake for TJ. Again, it came back to trust in the exercise.

To TJ's credit his answers in both the TVC and the social edits came completely from the heart. They weren't pre-prepared or vetted. This is depressingly unusual. Both Channel 4 and the Home Office embraced the idea of an interrogation turned on its head from the outset and understood that only the uncomfortable truth would suffice.

Policing Minister Kit Malthouse MP said: “The Government’s push to recruit 20,000 extra officers gives us a once in a generation opportunity to make the police more representative of the communities they serve and ensure they are drawing from the full range of talent that this country has to offer.

“To do this, we need to be bold, honest and tackle difficult issues head on, and that is exactly what this exciting partnership with Channel 4 is doing.”

Jonathan Lewis, Head of Digital Innovation & Partnerships, Channel 4 said: “Untold: The Police is a brilliant example of Channel 4 working with advertisers to create powerful content that reaches new audiences with a thought-provoking message – wherever they’re watching. We’re really proud that Channel 4 is now the UK's most viewed social branded entertainment content partner thanks to our unique and award-winning, social-first offer.”

Lemonade Spotlight: Meet Armoury’s Mr Yankey - a Story of Creativity and Working Up the Ranks