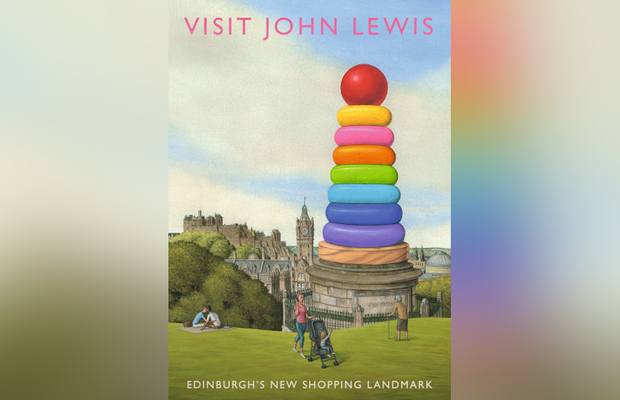 John Lewis is celebrating the reopening of its Edinburgh shop in the new St James Quarter shopping district with a print and poster campaign featuring quirky takes on the city’s world-famous vistas by artist Marc Burckhardt.

‘Edinburgh’s new shopping landmark’, created by adam&eveDDB, depicts the city’s most iconic views with a humorous twist – a giant armchair now sits atop Arthur’s Seat, the Ross Fountain is transformed into an enormous Yves Saint Laurent lipstick and in place of the National Monument, a giant baby stacking toy features on Calton Hill.

Marc Burckhardt’s distinct style results in a series of paintings which combine the traditions of British transport posters with Flemish renaissance influences and include Burckhardt’s signature ‘crackle’ varnishing technique.

Burckhardt has been admired for his Gucci and Porsche collaborations, along with his commissions for the likes of Rolling Stone and TIME. Particularly drawn to Burckhardt’s attention to detail, adam&eveDDB wanted to work with the artist to bring such famous Edinburgh landmarks to life and also add humour to each scene. 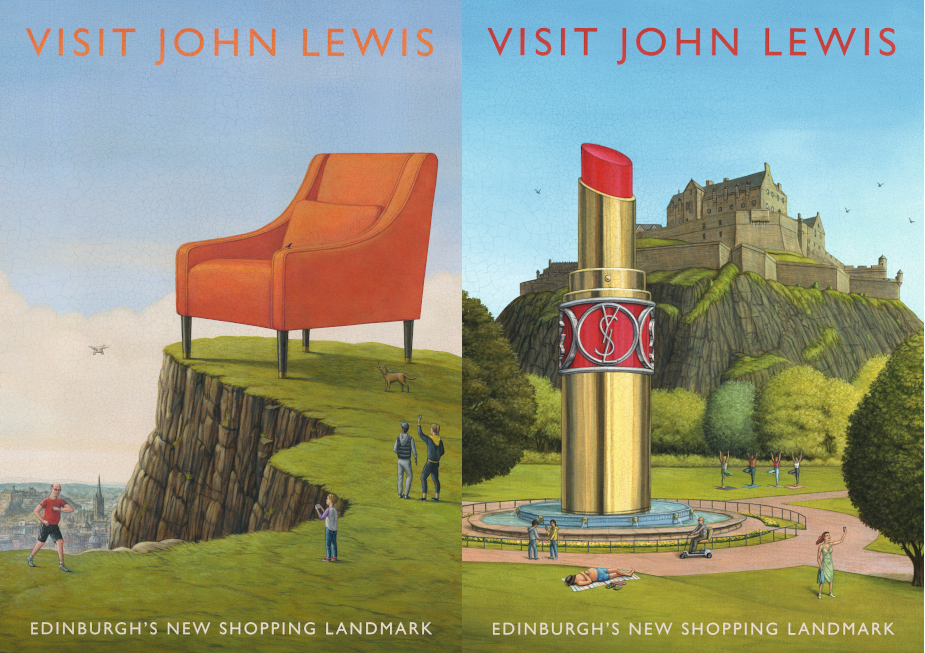 Marc Burckhardt said: “I love the idea of classical landscape views and the element of surprise in encountering something unexpected - an approach I try to bring to all my paintings. I’ve tried to focus on these beautiful but familiar views in a way that resonates with the people of Edinburgh and hopefully appeals to both their sense of history and sense of humour.”

Clarissa Dale, creative at adam&eveDDB, said: “It was really important that all the scenes were instantly recognisable to locals and also championed the wonderful new services and experiences on offer in the newly refurbished John Lewis shop. Marc’s work captures all of the detail and realism but with humorous touches and we hope everyone loves these posters as much as we do.”

Claire Pointon, director of customer at John Lewis, said: "John Lewis has been part of the Edinburgh community for nearly 50 years so it was important this campaign celebrated the history and culture of the city while also highlighting the amazing new elements of the shop. We have loved collaborating with Marc on this - and working with local customers and the Edinburgh shop team as well as other businesses and organisations in the area."

The ads launched on Monday and will appear as digital out-of-home posters, in print and on social.