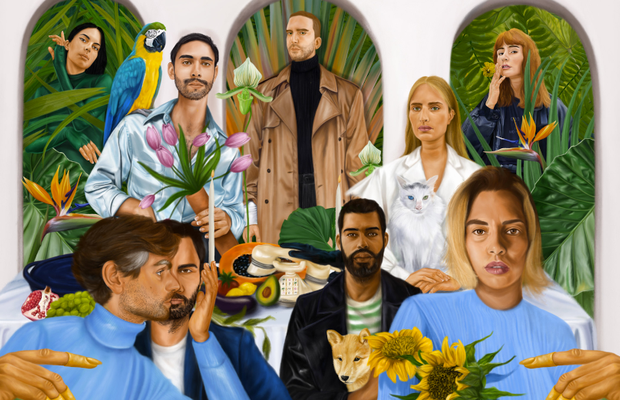 Creative agency, BMB has created a compelling campaign for Samsung to celebrate International Day of Families in May. In the new campaign, Samsung challenged three artists to explore what family means to them. The result is a personal reflection, which will resonate with a global audience, as everyone has experienced separation from their traditional family groups during this past year.

The artists are illustrator Stefania Tejada who talks warmly about her family of friends and her lifelong passion for illustration; painter Sarah Stieber whose intimate portrait of herself and her partner reveals a strong sense of support; and photographer Owen Harvey who recalls changes in his family as a child which reinforced his relationship with his father.

Reinforcing the social voice of Samsung, the campaign illustrates the brand’s message of diversity and inclusion; and is designed to reach a younger audience and connect them with socially responsible artists on the UN International Day of Families on 15th May 2021.

The series of creative works will be shared on Samsung’s social channels: Instagram, Facebook, YouTube, and on DOOH media in Milan (Duomo), London (Piccadilly Circus) and NYC (Times Square). The artwork of the artists and photographer features, as well as short video clips that show the inspiration and motivation behind their works as well as their personal interpretation of the idea of family.

On Instagram, the creations will appear as in-feed carousel features, close ups of the work will be shown in Stories and the artist and photographer profile films will appear as IGTV spots and an IGTV highlight film.

Matt Lever, CCO, BMB adds: “Following a successful campaign in March for International Women’s Day, our latest work for Samsung is centred around community and equal respect – showcasing socially responsible artists such as Sarah, Owen and Stefania. It’s been rewarding working with these creative makers on a campaign that reflects Samsung’s values.”