Work embraces colour, intelligent visual metaphors and mixed media to stand out from the healthcare pack 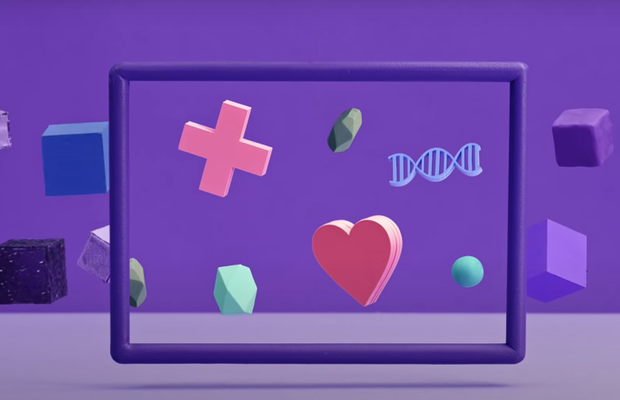 Colossus, the Boston-based creative agency, has refreshed the brand identity of athenahealth, Inc. and assisted athenahealth in the launch of its first campaign with Colossus. The agency won AOR duties for the health-tech company in September 2020, after a competitive pitch. Colossus worked to reimagine the athenahealth brand – evolving the global identity system and developing an integrated advertising campaign consisting of more than 200 individual pieces of creative.

The challenge for Colossus was how to make an incredibly complicated and technical premise more accessible to clients and patients. The answer was to avoid the conventions, tropes, and “sea of sameness” within the healthcare category altogether.

athenahealth operates in the middle of two competitive industries – healthcare and technology – where legacy brands tend to play it safe, blend in, and largely stick to the standard corporate playbook. As part of the refreshed brand identity, Colossus leaned into a more human-centric approach powered by thoughtful design and relatable language. The brand’s new design system embraces colour, intelligent visual metaphors, and human tonality.

“The healthcare space can be cold and off-putting with ineffectual stock photography and design better suited for PowerPoint,” said Travis Robertson, partner and ECD at Colossus. “We built a deep graphic language as multi-faceted and innovative as the company itself, combining CG, photography and illustration in a vibrant world of color.”

One video highlights athenahealth’s ability to connect the vast amount of data created in the healthcare system – but which too often remains siloed or overlooked due to different systems and platforms that clinicians use. Titled 'lonely data', the ad describes “a piece of healthcare data all alone … sitting there, unused.” The ad emphasizes the missed opportunities and potential challenges when individual pieces of healthcare data never connect – and that athenahealth is in a unique position to bring points of data together to help clinicians provide better care to patients.

For Colossus, it’s been an exciting year. In addition to athenahealth, the agency launched wine brand Archer Roose into the public eye with Hollywood A-lister Elizabeth Banks, doubled its physical office footprint, and has been on a new business tear winning work for SimpliSafe, epocrates, Toast, Zipcar and Gillette, among others. In an advertising market where local agencies have notably been unable to win and retain local clients or create a diverse workforce, Colossus has achieved both with stunning speed.

Madwell, The Ad Council and NHTSA Tackle the Topic of Drug-Impaire­d Driving