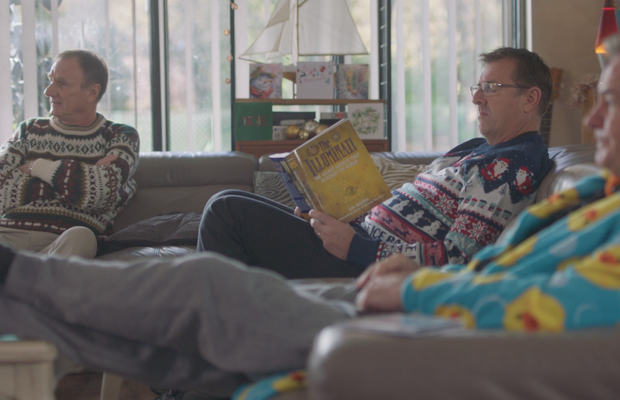 The show gives an insight into life after Soccer Saturday for the trio, as they bid to relaunch their careers, with the first episode going live on Paddy Power’s social channels.

Southampton legend Le Tissier – in between reading a book called The Illuminati – reveals he has landed a job on NBC, but without his old chums.

Once former Arsenal star Charlie realises that Matt isn’t working for the National Bank of Cambodia, and is instead talking about the American television station, he and Liverpool stalwart Phil react with outrage – and order Matt out of their shared house.

Meanwhile, ex Charlton and West Ham manager Alan Curbishley – himself no stranger to time in the working wilderness – finally has a new job of his own, albeit as a presenter on a shopping television channel.

Spokesman Paddy Power said: “We’ve worked with three of Britain’s best-loved pundits – and Alan Curbishley – to offer an insight into their bid to get back on TV screens, Paddy Power adverts notwithstanding.

“The series shows highs, lows, and side-splitting laughs. Watch out for a stunning cameo in episode two from a household name.”

The three-part series continues next week, with episode two released on Wednesday 22nd, with the finale published on Boxing Day.

There was a huge reaction online when Matt, Phil, and Charlie were ousted from their roles on Soccer Saturday – but, through their self-deprecating sense of humour throughout this series, the pundits clearly don’t hold a grudge.

Alan recently revealed, on the From The Horse’s Mouth podcast by Paddy Power, that he was still hoping to get back into football management, and that Sir Alex Ferguson had put Alan forward as his successor at the end of the 2001/02 season – when Alex was intending to retire.

Spokesman Paddy Power said: “Following the success of the first series of Pundits, where we got the gang back together in the aftermath of their Soccer Saturday departure, we decided to check in on the guys before Christmas.

“This series promises more surprisingly good acting from Alan Curbishley – so that’s what he’s been up to – a special guest appearance from British soap royalty, and some Matt Le Tissier conspiracy theories. Strap yourselves in.”