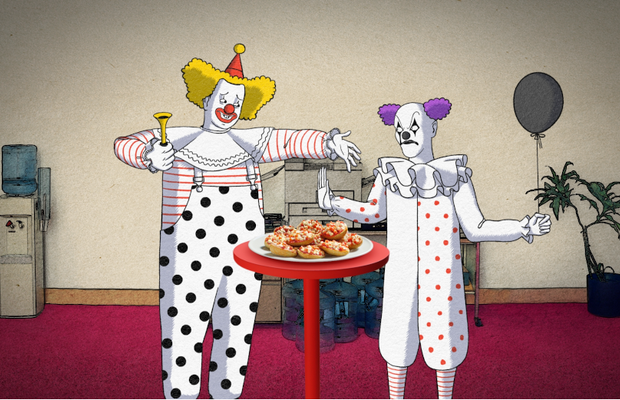 Bagel Bites is back to launch its first major advertising campaign since the 2000s with a refreshed brand platform and hilarious new campaign, 'Pizza on a Bagel - We Can All Agree With That'. 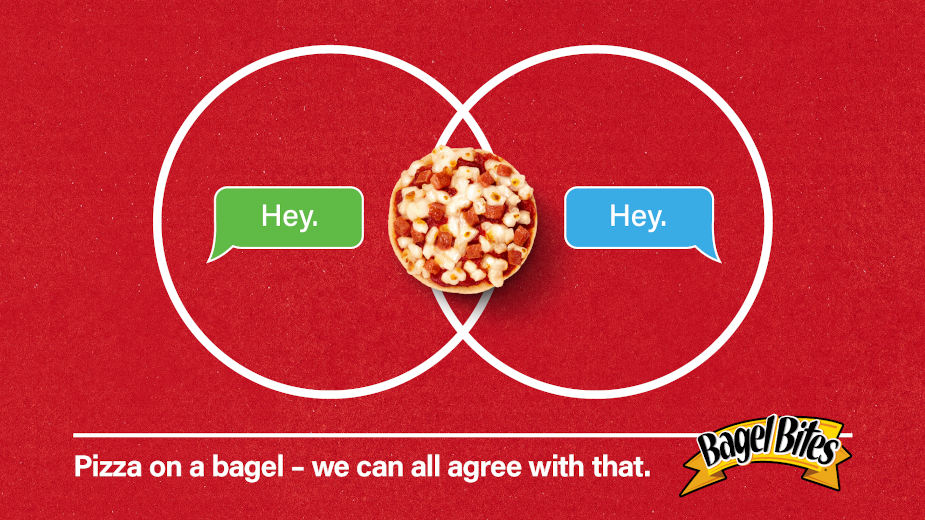 From the moment the brand arrived in the '90s with its unforgettable jingle, Bagel Bites has always brought an element of fun and lightheartedness to the snacking category. The brand has a long history as the unlikely snacking combination that everyone fell in love with - who can say no to pizza on a bagel? - so the brand decided to leverage this universal appeal by playing into contemporary cultural debates.
Kicking off creative development in December 2019, Bagel Bites looked into the many playful conversations driving cultural chatter across America, whether you hang your toilet paper inward or outward, or prefer boxers over briefs. By speaking to local people - from LA to St. Louis - and digging deep into online communities on YouTube and Reddit, Bagel Bites and Johannes Leonardo unearthed over-60 fun, light-hearted debates that interjects Bagel Bites back into culture and in the midst of these playful conversations, has found a place for the snack brand to belong.
The campaign includes social to prompt conversations on social media (Facebook, Twitter, Reddit, Snapchat), film, OOH and pre-roll that will continue through autumn.
Associate director of marketing at Kraft Heinz, Sarah Barnes, said: “With this new campaign, Bagel Bites is encouraging America to have a bit more fun in the day-to-day, whether it is finding humour in some of the silly debates that take place between family and friends, or taking a moment to pop some Bagel Bites in the oven for a hot, delicious snack. We hope this campaign is something fans can smile about during these unusual times. When you put pizza on a bagel, that’s something we can all agree on!”
In a series of :15s running on TV and OLV, the campaign showcases animated spots featuring animal and clown characters that discuss some of popular culture’s most playful questions. Chicken or egg? How should dogs wear pants? Are unicorns or ponies better? There may not be any right answers, but the new creative puts Bagel Bites quite literally in the centre as the delicious snack that anyone can agree on.
John Regan, creative director at Johannes Leonardo, says: "Bagel Bites was created by bringing two foods together: the pizza and the bagel, to create the beloved and unexpected snack. When we started our new partnership with Kraft-Heinz, we had an opportunity to re-insert the brand back into culture in a fun and unique way. So for this campaign, we wanted to see what other pairings we could bring together. We inserted Bagel Bites into some of today's most lighthearted debates - like how dogs should wear pants, or pop vs soda? But pizza on a bagel, that's something we can all agree with. That's where the campaign idea was born."
Regan continues: "Bagel Bites was extremely collaborative to work with along the way, pushing us to make the work as funny and as cool as possible. The result was a simple spin on the freezer staple and our hope is that it brings some energy back into the snacking category."