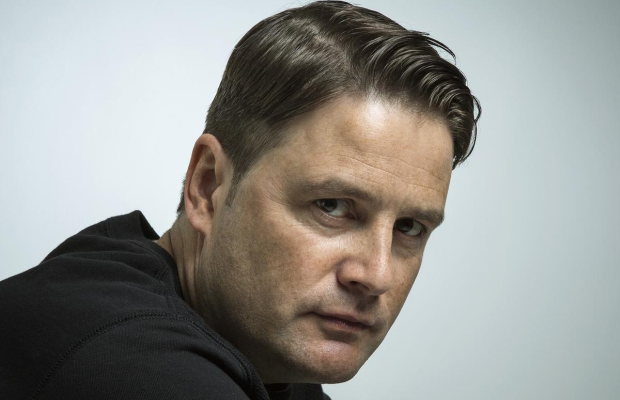 Over the years, I have become a believer in the holy trinity of creativity, technology and humanity. Consistently, the most brilliant and ground-breaking ideas have been born from this triangle.
They are, in my view, the foundational pillars on which everything we strive to do as an industry rest on. I truly believe that when these pillars come together, the results are nothing short of magical.
With this belief now etched into your brain stems as well, let’s have a look at some of the best examples of work to fit that triangle from the past year, which are sure to bring home some metal from the 2019 Cannes Lions.

With the Adaptive Controller from Xbox, Microsoft has created something that not only touches these three pillars, but manages to make the whole greater than the sum of its parts.
Accessibility and inclusivity are values we all share, but rarely does a massive corporation go out of its way to turn those beliefs into a physical product.
With a clever modular base design that can be individually customised to each user, Microsoft’s Adaptive Xbox Controller turns disability into ability. This helps bringing the magic of gaming joy and creativity into the hands of anyone and everyone, while sending a powerful message to co-workers and competitors alike.

2. The Truth Is Worth It – New York Times

Droga5 and NYT really hit it out of the park with their ‘The Truth Is Worth It’ campaign. An exercise in Pulitzer Prize calibre journalistic copywriting in a time where media as a whole is being questioned.
They manage to string together sentences like an investigative journalist pieces together evidence, with a pacing that keeps you on the edge of your seat, visually giving you only quick glances at pieces of the full picture, leaving you wanting to know more.
This campaign feels like it physically tugs at your humanity, the raw visuals and the poignant words pulling you closer to your screen to examine every line and its associated imagery.
The power of this campaign is, really, the power of honest journalism. In an age of fake news, bots, trolls and bias, the New York Times shows us that truth is the one currency we should all be dealing in.

This is one of those rare ideas where the technology itself is both the problem and the solution. Three-dimensional printed ‘untraceable’ guns and rifles are a horrific side effect of accessible advanced technology.
With so many guns available to simply ‘download’ at the click of a button, the first impulse might be to ban and try to get rid of these schematics. But those plans rarely work.
These dangerous 3D printed rifles are needles. So, 3D printing company Dagoma simply threw them into a haystack. They flooded the online market with malfunctioning and useless 3D gun models.
Thousands of these ‘Harmless Guns’ uploaded by different accounts were downloaded, essentially stopping those who wished to print guns right in their tracks.
Minimal budget. Maximum impact.

It’s not often an ancient native language app trends as #1 on the App Store and Google Play.
But that’s just what the makers of Kupu, a Maori image translation app, managed to pull off.
To celebrate Maori Language week and promote the cultural preservation of the Maori, ColensoBBDO worked with Google’s machine learning AI and the Te Aka Maori Dictionary to create the Kupu App.
Simply take a photo of an objects, and the app will display and pronounce the Maori translation of that object. With the ability to share these translations to anyone anywhere, this app can help to not just preserve but also enable the Maori culture to thrive.
This project is a prime example of how humanity and technology packaged creatively can take the world by storm.

Talk about the heart of creativity, technology and humanity. One of our own examples, the work for Tommy Hilfiger not only comes up with a fundamental solution, but one that can stand the test of fashionista’s everywhere.
Putting on and taking off clothes is literally a no brainer for the majority of us. But actually, 1 in 5 people on this planet today don’t think it’s that easy. For those people, we helped Tommy Hilfiger design an Adaptive collection. And not just the clothing is inclusive. Everything in the process, from the legally blind director of the TV-commercial to the voice ordering process at Amazon, is inclusive. And Tommy Adaptive is here to stay.
In short, what an unbelievable time to work in advertising. Where our creativity spans across a much wider spectrum than just communications. Where we can be part of the story, instead of just communicating it.
See you on the Croisette!