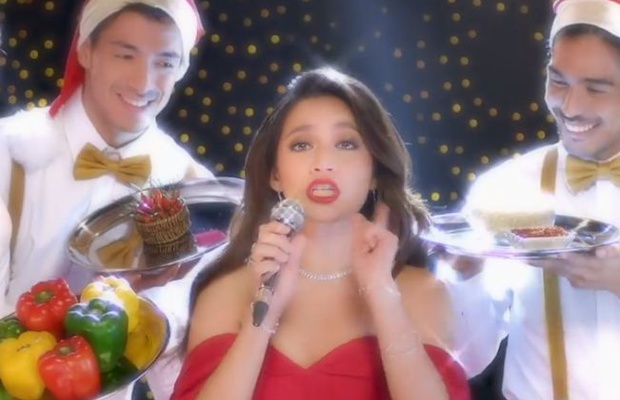 BBDO Guerrero opened the holiday season with the launch of SPAM Diva – a musical campaign sung by the Philippines' Queen of R&B, Kyla.

Formulaic recipe videos are extremely popular on social media, but with thousands of them online, SPAM Brand had to put its own unique spin on it. BBDO Guerrero came up with musical recipe videos with cooking instructions that you can actually sing-along to.

Inspired by popular Christmas songs, the campaign started off with 'All I Need This Noche Buena', a music video where Kyla belts out the recipe for SPAM Paella, promoting it as the perfect dish for the holiday festivities.

The video launched both on television and social media, garnering more than a million views just few days after its release.

This is a follow-up to the successful SPAM Recipeoke campaign. Inspired by Filipinos’ karaoke super-fandom, BBDO Guerrero made six cooking 'videokes' involving commonly-used ingredients – potatoes, tortillas, noodles, lettuce, and cheese – that were made to sing when prepared with SPAM Products. By having a full, working recipe as lyrics, the videos made it easier to remember each dish’s preparation.

A sustaining UGC campaign asked consumers to suggest their own ingredients. Chosen ingredients were then featured in an original composition and performed by singers Ashley Gosiengfiao and Markki Stroem on Facebook.

Jaynee Dykes, senior brand manager for SPAM Brand, shares: “This campaign from BBDO Guerrero captures the brand’s fun and light-hearted spirit once more. A clever intersection of entertainment and recipe ideas that we hope will inspire more ways to enjoy SPAM Products.”

BBDO creative chairman David Guerrero shares: “This campaign brings together two things that Filipinos love: music and SPAM®. We are very excited about this campaign and hope it gets people singing along to some brand-new recipes.”

Behind the Work: Repurposing Shampoo to Fight the Philippines’ Plastic Waste Problem

Why Data Alone Is Never the Answer in Communications