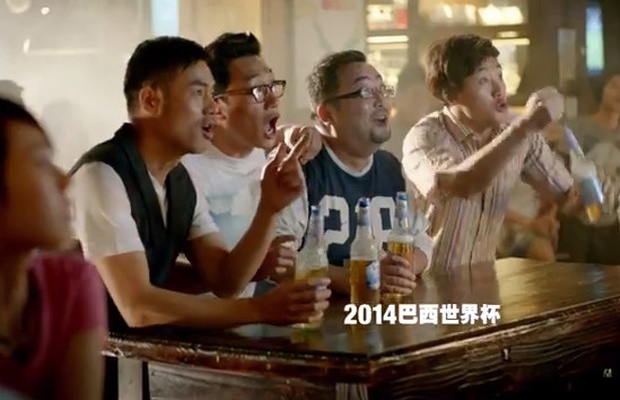 The province, with a population of over 38 million was singled out to have a campaign of its own as it celebrates a long history and loyal following with Harbin, China’s first beer brand. The Hei Long Jiang TVC targets Chinese men who are both football enthusiasts as well as men new to world cup fever - and aims to bring excitement to their otherwise predictable work – life routines. Alongside this domestic campaign is a series of 5-15 second TVC bursts that marks the beginning of a national phase of the campaign.

The official national campaign for Harbin beer is due to launch in May and will run through the months up until World Cup Season in July. The campaign will include out of house, event activation, custom packaging, and under-the-cap promotions.

Said Johnny Tan, Executive Creative Director, BBH China: “Our first campaign for Harbin is one that is close to the hearts of Chinese who have grown up with Harbin beer and its association with the world’s most celebrated sporting event. Watching the game while sharing a Harbin is often more than just a "hang out". It's a ritual that's deeply meaningful and significant. We wanted to reflect and celebrate this truth in this film."

Said Matt Che, Brand Director, Harbin Beer: "With over 113 years of history in the Hei Long Jiang province, we would like to both nurture the strong local pride and loyalty surrounding Harbin as well bring new energy to the brand. It not just about being nostalgic, but also looking to the future, with this ever familiar friend 'Harbin”