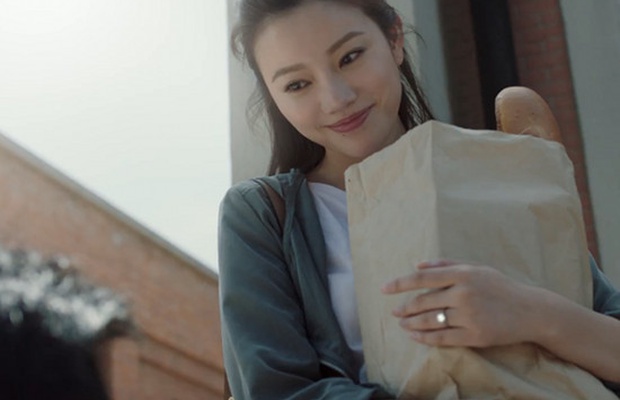 BBH China has rolled-out a launch campaign for Diamond Producers Association (DPA) that seeks to strengthen desire for diamonds amongst millennial consumers in China.
Formed in May 2015 by seven of the world’s leading diamond mining companies, the DPA exists to make diamonds culturally, socially, and emotionally relevant to consumers, in particular millennials.
Targeted at young women and couples between the age of 22-30 years, the campaign delivers the local interpretation of DPA’s global tagline ‘Real is Rare, Real is a Diamond’ (RIRRIAD) to resonate with the Chinese Millennial generation’s attitudes toward relationships. The film-led campaign, which comprises 60s, 30s and multiple 10s versions, inspires the notion that a love that lasts can only be built in the reality of the everyday. Set against the backdrop of rising divorce rates in the country the message becomes especially relevant for the young people in China today.
Launched on 19th July, the media mix of this campaign includes online TV platforms and cinemas in Shanghai and Beijing , with further amplification by key opinion leaders, website launch and on-ground activation. Social elements include photographed stories of couples showcasing love in everyday life published on Wechat & Weibo.
Commenting on the campaign, Mabel Wong McCormick, Managing Director  of DPA Greater China, said: “Diamonds have been an authentic symbol of love for couples for centuries, but in recent years it has become a passive social symbol among millennials. Our objective with RIRRIAD “珍如此心 真如此钻” concept is to change this perspective and highlight the new role of diamonds as an active everyday inspiration for couples that can help them reaffirm their love on a daily basis.”
Arthur Tsang, CCO of BBH China, said: “We know how cynical the younger generation are towards relationships today, and yet we also know deep down they still aspire to find a love that lasts. We want to seed the notion that love can truly last if it is built with effort every single day, as reminded by the constant unchanging presence of a diamond. This takes the role of a diamond from being a one-off ostentation for engagements and weddings, to playing an active valuable role along the course of a relationship. Our goal is to get diamonds out of drawers and on to fingers.”
DPA’s global campaign, ‘Real Is Rare, Real Is A Diamond’ enjoyed significant success in the United States of America. The first two commercials enjoyed 220 million views of the paid advertisements. A 15-second clip released during the ABC television coverage of the Oscars reached 22 million viewers.