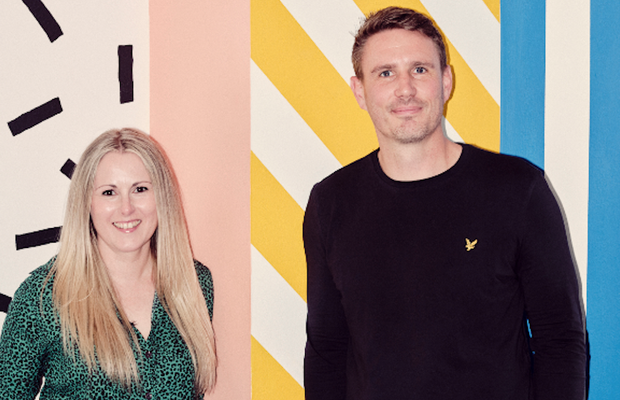 In their new roles at BBH, Christine and Kevin will be leading the Tesco business, one of BBH’s key accounts which they have held since 2015. With a wealth of experience in the digital space, Christine and Kevin are an integrated team who will be overseeing the output across all of Tesco’s channels, from above-the-line, to in-store and social.

Christine and Kevin join BBH from VCCP where they’ve been group creative directors for the last two and a half years, running one of the biggest advertising accounts in the country - Paddy Power. Under their leadership the brand was listed in the top ten brands in Campaign magazine and won numerous awards including Creative Circle and British Arrow golds and a D&AD pencil... and even featured in the National Football Museum.

Before her time at VCCP Christine worked at adam&eveDDB, joining as a digital head when they were a small startup and then went on to become Creative Director.

Kevin returned to London in 2018 after four years in Sydney at DDB and the start-up Marcel.

Their work has been awarded at many different national and international award shows including D&AD and Cannes. Turner and Masters said “We’re so excited to be joining BBH and working on such a huge famous brand like Tesco - both the agency and the brand are in a strong place to make some great work. Opportunities like this don’t come up every day, so we had to take it.”

Stephen de Wolf, chief creative officer at BBH, added: “Christine & Kev are a force to be reckoned with, they create wonderfully iconic work that gets talked about outside of the industry. We can't wait to have them at BBH, bringing diverse skills and fresh ideas to the table on one of the UK's most exciting brands.”