Crafted by FCB Interface, the campaign will roll out on platforms such as TV, print, OOH, digital, dealership collaterals and other key touchpoints 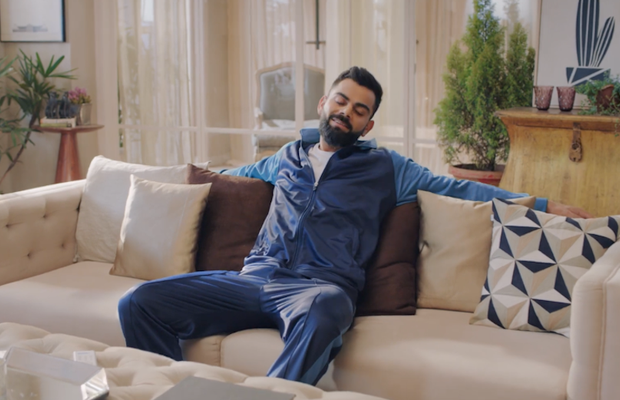 Blue Star Limited, the leading player in air conditioning and commercial refrigeration industry, has now launched a new range ACs with Virus Deactivation Technology (VDT) along with their latest campaign starring the brand ambassador, Virat Kohli.
The campaign is live and is running successfully across India. While the print advertisements capture Virat making a strong statement to 'deactivate microbes and viruses', the TV commercials tell the story of why he is so relaxed at home. Apart from print and TV, the campaign will roll out on platforms such as OOH, digital, dealership collaterals and other key touch points.
The breakthrough technology enabled ACs by Blue Star Limited have been developed with an advanced filter technology from Livinguard, Switzerland, that deactivates microbes and viruses in the air that passes through the filter. These ACs offer increased levels of safety and comfort, just when people need them the most.
Speaking on the importance of this breakthrough technology, Mr B Thiagarajan, managing director, Blue Star Limited, said: “The new normal demands new ways of living with focus on an individual’s safety and wellbeing being paramount. Our new and innovative range of products and solutions with VDT deactivates microbes and viruses, when air passes through these systems, thereby providing additional protection to our consumers inside air-conditioned spaces.”
Adding insights about the storytelling behind the film, Robby Mathew, chief creative officer, FCB Interface, commented: “When you have an AC with phenomenal powers, why beat around the bush? Say it as it is. And the film, starring Virat, does just that.”