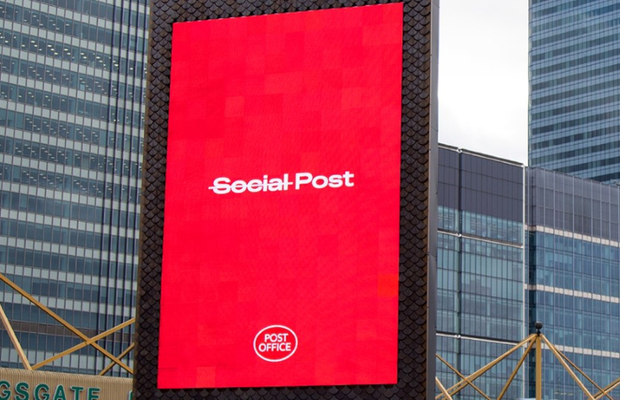 On Monday this week, billions of people around the world were reminded of how much of our interaction relies on one social media company, when Facebook, WhatsApp and Instagram stopped working for several hours.
As we all took to our remaining communications channels to complain, share memes and speculate on the cause, it was inevitable that brands would wade in too. But one brand in the UK had something to say that was actually funny and relevant to the conversation. On Tuesday the Post Office revealed a poster campaign by Ogilvy UK that consisted of two words, a logo and some of the most minimalist art direction possible. And it was showing on Clear Channel sites across London and nationwide within a day of the outage.
Turning such a cheeky, elegant bit of creative around so quickly impressed us. So LBB’s Alex Reeves followed up with a chat to Ogilvy UK executive creative director Jules Chalkley to hear how he and his team made it happen. 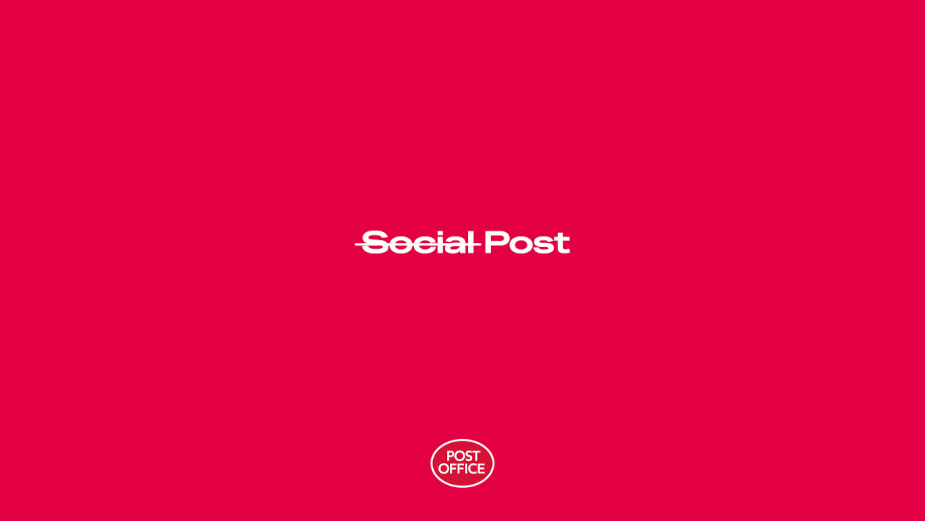 “We've got this always-on tactical briefing policy. Anyone can lob in a suggestion for something tactical if they see something in culture that we can react to. We're always interested in cultural narratives. One of the things that we're always trying to do is find those cultural tethers that we can jump on. We have a great breadth of skill sets in the agency, including the incredible best-in-class PR company, Ogilvy PR, which teaches us a lot about the narratives you can jump on. I think this is a really good example.
“We were watching [the outage develop] Monday night. And our head of production, Justin Cairns said, very early on Tuesday morning: ‘surely there's something we can do at the Post Office’ because that feels like a really nice counter story to the narrative that was the night before - the tech meltdown was going everywhere
“We knew we had to get out really quick because if you haven't got it out by three or four o'clock, forget about it. So, we were just on the phone running around. It felt a bit old school actually in that sense, ringing people up and asking ‘can you get this?’,’ can we do that?’
“At eight o'clock [in the morning] that came in and by 8:30am we'd briefed the entire department to see if we can find a quick, smart answer. That makes life very interesting because not only are you doing your day-to-day thing; there's always going to be an opportunity for you to jump onto something. Having that culture is really healthy.
“And it's actually the head of production that suggested it. He ended up running it through the design team and running around sitting with designers. Literally anyone can suggest something and we can run with it from anywhere. And that's something we've intentionally set up and structured.”

“The Post Office is one of those brilliant brands. We've been talking to them a lot about their role in the community, and the role they play in connecting human beings. One of the things that we've been laughing about in this process was that the post office is the original social media network. But it's a very human, very warm, experience. We've been talking a lot with them about the narrative that they can play, developing work around that.
“One of the big narratives the night before was, how will businesses cope? One of the things we've been talking to the Post Office a lot about is their importance to small businesses. In the UK you're only ever something like less than two miles away from a Post Office. It's very fabric of the nation. This constancy and this importance that they have - when a Post Office shuts down it's big news, communities genuinely feel it.
“When this came up it just felt like a really nice time to exercise part of that conversation. Our client leads were straight on the phone to the marketing director of the Post Office and it just felt right - it suddenly felt like it was slap bang in the middle of a narrative that we were celebrating with them and trying to develop as a much bigger theme.”

“We saw a lot of work. When you brief the entire department, the next thing you know your in-tray is filling up. A lot of it actually came back up with this very simple narrative around [the fact that] the Post Office never had a digital outage in 157 years. Lots of lovely little ideas: the original social network, lots of lovely lines and thoughts. But then when ‘Social Post’ came through, it's so breathtakingly simple, that's where it wins. It’s always a gift to be that simple.”
“You don't need to do too much and we actually did some faffing around a bit with how we deliver that message more succinctly visually. But in the end we just needed to take it all away. It's strong enough on its own so we ran that.”
“I think it makes you smile. Trolling the trolls a little bit by what is actually a very fabric-of-the-nation brand. I think people found that playful. It's just cheeky and it's nice to see big brands doing that, especially against the tech giants. It has a nice, confident, simple punch to it. And people have responded well.”

Media needed to be big and physical

“I think we should celebrate tactical work more. Sometimes we don't hit the mark. You've got to have all your planets lining up a little bit, to get a good piece of tactical away. Great tactical is really hard actually. And we don't see as much as we probably should.”
“Oftentimes it depends on having a really good relationship with your client, access to some great media and a great idea at the heart of it. I still love the one Mother did for KFC. When you get it right, it's absolutely brilliant.”

Ogilvy UK Webinar: Influence Trends You Should Care About in 2022