Behind Magnum’s Anime Anthology that Quietly Delights in Human Pleasure 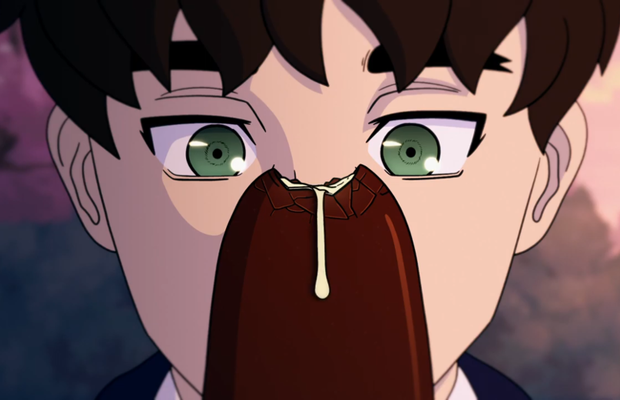 Magnum ice creams are one of the few edible products to make an iconic sound. And the characteristic cracking sound of a Magnum’s chocolate casing breaking to expose the soft ice cream within is just one of many moments in the brand’s new Pleasure Tales anthology of animated short films that perfectly encapsulates the pleasure of eating one.
An ‘anthology of animated short films’ is not just a pretentious way of saying ‘series of executions in a TV ad campaign’. Pleasure Tales is an anime film series scheduled to be shown at the 25th edition of the Japanese Film Festival.
Connected by one common thread - the pursuit of true pleasure - the stories in the anthology were developed by a collective of artists, celebrating the diverse perspectives and experiences of today’s society. To create the films, Magnum partnered with LOLA MullenLowe and Powerhouse Animation Studios, creators of Castlevania and Seis Manos, to bring to life two stories through anime. ‘Butterfly’ and ‘Konnichiwa’ each provide unique expressions on the theme of the pursuit of pleasure. They’re a delight. The sort of films that make you want to close all your tabs, set your phone to Do Not Disturb and just let them wash over you.
To find out how they came into being, LBB’s Alex Reeves spoke to Tomás Ostiglia, executive creative director at LOLA MullenLowe, Madrid.

LBB> What was the initial thought that first set the idea for Pleasure Tales in motion?

Tomás> The idea was triggered by joining two needs: the first, continuing to build the brand in the territory of pleasure, playing with the iconic silhouette of the ice cream and collaborating with different artists who carry the style and elegance that we want for the brand.
Second, a sponsorship with the Japanese Film festival. Instead of making an ad, it occurred to us that it would be great to be an integrated part of the festival by creating content. A film that would appear alongside the other films on display. That's how the Pleasure Tales were born.

LBB> How did you land on animation? 2020 saw a lot of live action ideas pivot to animation because of shooting restrictions. Was this one of those or was the idea for a Japanese anime style there from the start?

Tomás> Anime has been on the table with Magnum for years. Every time we evaluated a collaboration with an artist we visited various styles and with this particular brief it became clear that we had to finally make it happen. In addition Julien Barraux, Magnum's CMO is a fan of anime.

LBB> How did the plots come together? What inspired them and what were your priorities?

Tomás> The plot arose from trying to find stories that help us immerse ourselves in the different nuances of pleasure, which are as varied as there are people in the world, since pleasure can be something different for each of us. That inspired the stories, which were many.
We wrote a lot, and maybe one day they will see the light in this on-going anthology, but for now we were able to make these two executions ‘Konnichiwa’ and ‘Butterfly’. The priority was for the stories to be human and make you truly feel something. Whether it's laughing or feeling energised or reflecting. And of course, the ice cream was present.

LBB> Why and how did you get Powerhouse Animation Studios involved?

Tomás> Powerhouse did an amazing job. The first phase was to choose the style of the animation and they presented us with thousands of possibilities. It was really hard to make a decision, because they were all so good.
The way we worked was like Pixar does. Very handcrafted. Always respecting what the idea asks of you, the story. It started as a very rough-cut animatic and seeing it in motion made it easier to know what had to be changed or improved. The stories underwent great transformations in the process and you can really feel that flow in the films, thanks to having worked in such a collaborative and constructive way.

LBB> I noticed some of the Easter eggs, but I have a sense that there's more to be discovered. What was the process of weaving extra layers of meaning like that in?

Tomás> There are many more but they are very hidden. This is part of a brand strategy that is always trying to play with the iconic silhouette of Magnum, which is the first ice cream to have this shape (even though today there are many imitators). Playing with artistic interpretations reinforces our ownership of this symbol that is very Magnum, along with the M Stamp and the iconic and characteristic "crack" that sounds when bitten. These are Magnum’s one of a kind traits that we are happy to celebrate.