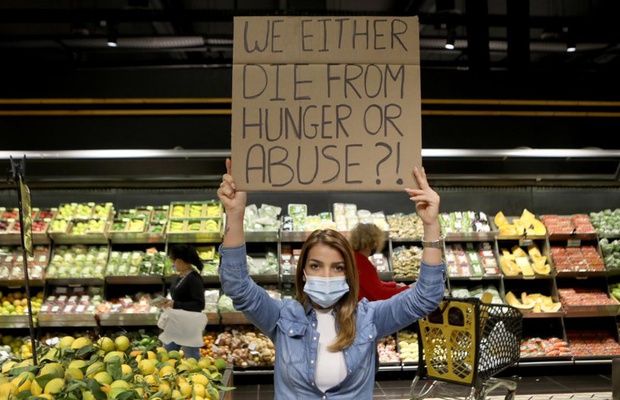 Leo Burnett Lebanon launched its latest campaign for ABAAD last week - a bold reminder that in spite of the current economic crisis in Lebanon, prioritising women’s safety is as important as ever...and has, as ever, been left behind. As a non-sectarian and non-profit organisation, ABAAD Resource Centre for Gender Equality  stands for the promotion of sustainable economic development in the Middle East and North Africa, as well as the promotion of equality, gender justice and women’s empowerment. Despite the difficulties Lebon has endured recently following the Beirut blast, Covid lockdowns and the unavoidable economic crisis in the country, women’s safety is a persistent issue that has been long forgotten in the country.
Called ‘Deyman Waata’, this year’s ABAAD campaign coincides with the 16 Days of Activism against gender-based violence, an annual international campaign running from the 25th of November to 10th of December. As part of the campaign, women in different parts of Beirut held up messages pointing to the dilemma of favouring priorities such as lack of electricity, economic issues, hunger, etc., over the protection of women living in Lebanon, enduring constant abuse. The strong statements aim to provoke long-overdue conversations, one of them reading “We either die from hunger or from abuse!?”
A nation-wide survey conducted by ABAAD highlighted the challenges that young women and girls face in Lebanon’s current political climate - three out of five women pointed that economic challenges were the most prominent struggle they face, and two out of five admitted that they refrained from reporting violence out of fear. Against these statistics, one out of two women in Lebanon feel that women’s safety should be brought forward as a national priority.
With the underlying message that “it’s always time to address women’s safety,” the ABAAD campaign threads the thin line between addressing geopolitical and economic issues that affect the entirety of the nation, but also nods to the realities of intersectionality. It reminded audiences that all political crises are experienced differently through the prism of various social groups, in this case Lebanese women suffering from the multi-layered injustices they face due to their gender and class differences.
Creative director at Leo Burnett Beirut, Rana Khoury, spoke to LBB’s Zoe Antonov about the necessity of not only conversation, but action, and about how this campaign came about.

LBB> What was the brief for this campaign and what conversations did you have before starting the projects?

Rana> The campaign started in a café in Beirut. A random discussion between a client, a creative director and a managing director. Three women, worried and wondering how the collapse of the country will affect women, while no one is noticing the harsh reality they are living. And this random conversation led to the brief: "If people feel that it’s not the time to talk about women’s safety, how are we going to talk about it? Actually, how are we going to make everyone talk about it?"

LBB> What was the main message that you wanted the campaign to convey?

Rana> The message is that the right time to talk about women’s rights is yesterday, now, tomorrow, everyday. Always. Because if it’s not now, it will be too late.
We wanted the audience to simply know that the current priorities they are facing in Lebanon should not overshadow the protection of women, which is as much a priority.

LBB> Tell me more about 16 Days of Activism, for which this campaign is the kickstarter.

Rana> The 16 Days of Activism against Gender-based Violence is an annual international campaign that kicks off on 25 November, the International Day for the Elimination of Violence against Women, and runs until 10 December, Human Rights Day.
It started 30 years ago and, every year, women’s rights organisations around the world campaign and advocate for an equality topic they believe in and want to fight for.
Leo Burnett Beirut has been invested in campaigns for gender equality for several years now, and this has become part of the identity of our agency. 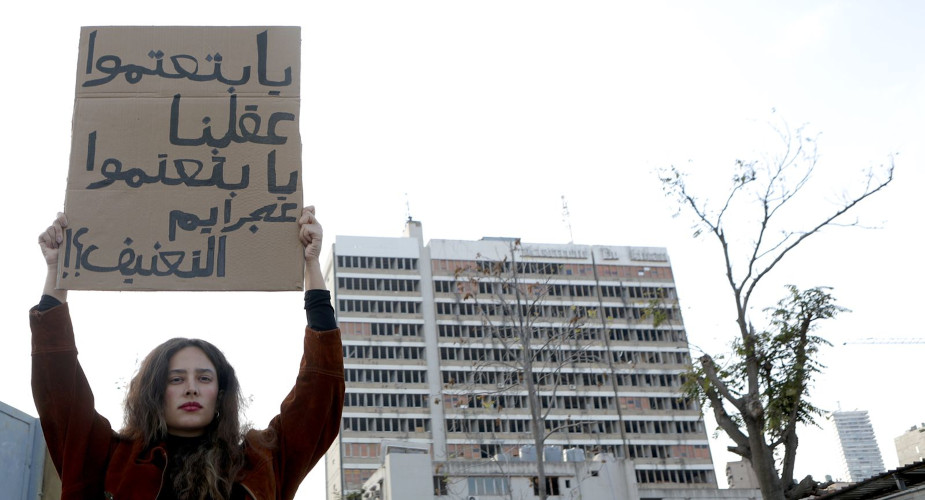 LBB> Was it difficult to balance an awareness for the current political climate, but also shed light on a long standing issue for Lebanon?

Rana> The current climate is not only challenging to the audience receiving the campaign messages, but also to us, as creatives. We need to be able to operate in such a toxic reality, and yet be inspired to create and come up with ideas.
The main drive, I think, was our deep belief as citizens first in the issue we are working on, which then led us as creatives to come up with a campaign that worked.

LBB> What are the current statistics telling us about abuse of women and girls in Lebanon? In a multitude of domestic and global crises, are women being sufficiently protected?

Rana> The most striking number is not the extremely high numbers of abused women, which are absolutely scary and on the rise; but the really worrying number is that 96% of women and girls who were subject to domestic abuse DID NOT report the abuse. So not only the system itself and the patriarchal society are enemies of women’s protection, but we reached a point of despair in the country where women themselves were not reporting abuse.

LBB> What is the role of creative media in issues related to women’s protection?

Rana> Creativity and communication have the ability to present a problem in a new way that can shake the static reality and move things forward. But creative media can also be the voice of women who don’t have a platform to talk about issues related to them.

LBB> Tell me more about the production process itself. What were the biggest challenges when faced with such an important topic?

Rana> The entire production process in Lebanon has been challenging for the past two years, whether because of Covid but also, and mainly,  because of the economic crisis, the lack of electricity and the ever-growing logistical and material shortages. Adding to that, a campaign about gender equality in quite a conservative society always has its fair share of risks, whether in the choice of cast, the choice of "safe" locations, and the censorship bureau, which is still a thing in Lebanon.

LBB> What has been the response to the campaign so far?

Rana> The campaign has owned the conversation around women’s rights during the 16 days of Activism in Lebanon, whether online or in the media. It has also generated new content from people who were inspired and decided to engage in their own way.
And, as we always expect when we do a campaign about women’s rights, the voices of the sexists and the misogynists were also heard. The great thing is that the campaign was overwhelmingly defended by the public and built a community of supporters around it and around the issue at stake.

Rana> To be able to impact a harsh reality, creativity has to carry a risk that is strong enough to shake this reality.