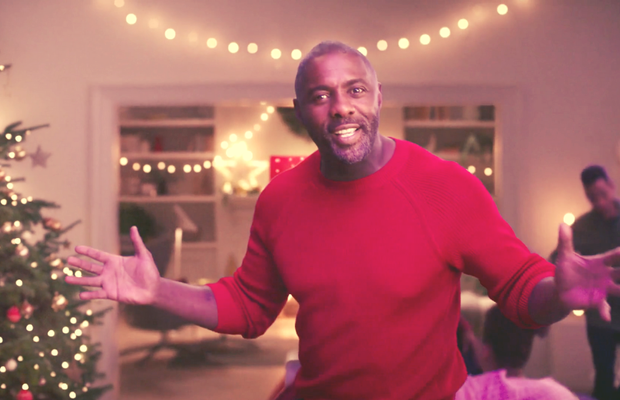 After the great success of last year’s Sky Cinema '12 Days of Idris' campaign, Sky Creative decided to get Idris Elba back for Christmas 2020. Directed once again by Stink's Ne-O and sound designed by ENVY Advertising’s senior sound designer Arge, the team were sent a surprisingly simple brief: “What you did last year was great, so just do the same again!”
“You can't ask for a better brief than that,” says Arge. Although asking the team to deliver the same again isn’t quite as simple as it first sounds considering that this year, the team would have to work under the restrictions of a global pandemic.
For the sound and music, ENVY Advertising collaborated with composer Dave Connolly, who worked on the reimagined 12 Days of Christmas song last year too. “This year we had the challenge of creating a brand new version of Idris Elba singing the 12 days of Christmas again,” recounts Arge. “And due to last year’s success, the idea was rolled out further from just the brand ad to lots more connotations, including an ambitious radio ad where Idris attempts to cram most of the song into just 30 seconds. That was very much down to a lot of skilful editing - even if I do say so myself.”
He continues: “Covid, of course, brought new challenges to the audio post this time around. With Idris shooting in Santa Fe at the time of recording the voice, we had to safely cover off all ADR and a multitude of other campaign TV and radio. In order to get everyone “in the same room”, Dave the composer was isolated in the voice booth at ENVY Advertising studios, with myself in the control room and the Sky team all on Zoom. Idris then hooked up via Zoom and Source Connect in Santa Fe so everyone could see and hear everyone else whilst the pictures could be viewed via Zoom and in both studios.”
“But sometimes it felt more like organising the opening ceremony of the Olympics than anything else!” he adds.
Having successfully honed their remote working processes throughout this year, the team felt well equipped to face this brief’s challenge. “It's a whole new skill set we didn't have a year ago. Oh, and the power outage in the whole of Santa Fe just five minutes before we started only added to the challenge of course!” Arge says. “Idris is a joy to work with and after a few hours of intensive recording we had a very happy client and the mammoth task of editing to come. The voice often needs to fit around the music, so close collaboration with Dave was essential. The workflow on the radio ad also required constant editing and sharing with Dave to fit to the music, many times over. But the end result was a nice, clean, seamless flowing piece.”
“And, of course, the TV ads wouldn't work without binding it all together with some really nice sound design to compliment the picture transitions between each vignette. The end result was a festive ad as good as last year’s, full of drama and Christmas magic!”