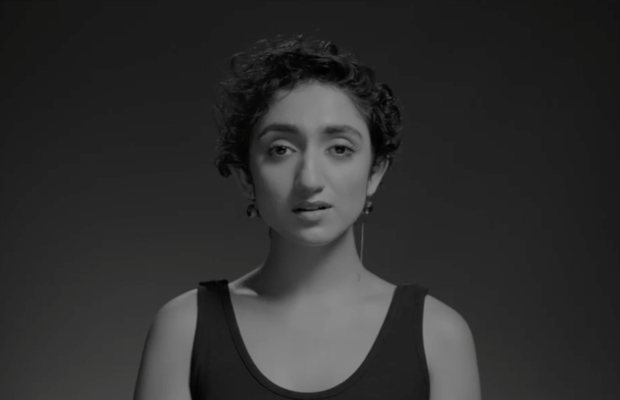 To commemorate India’s annual five-day celebration of Durga Puja, which took place last week, Elegant Steel launched their new film, Narishakti or The Steel Within. Conceptualised by FCB India, the film strikes with unapologetic boldness and addresses the long-standing social issue with women’s rights.
The short clip aims to distort the conversation around the treatment of women in India and looks at the binary view society has on them, they are either goddesses or objects. At the backdrop of the celebration of female power during the Nari Shakti for the nine days of Navrati where women are worshipped as goddesses, the constant disempowerment of women for the rest of the year highlights a grim contrast.
The Steel Within celebrates sisterhood and perseverance, as a movement towards a better future for women in India. It fights against the narrative aiming to keep women ‘in their place’ by calling on women to refuse to succumb to it. LBB’s Zoe Antonov spoke to Swati Bhattacharya, creative chairperson of FCB India, to find out more about the inspiration and creative process and her own experiences as a Bengali woman in India.

LBB> How did the idea for the campaign come about and what were the conversations that informed it?

Swati> My client is a woman in a sector (steel and iron) where there aren’t too many women… I was inspired by Swati Agarwal, who wanted to do a campaign that celebrates the power of the goddess during Navratri.

LBB> Why was now the right time to launch this campaign?

Swati> The idea came from the fact that we celebrate the feminine force for these nine days, during the auspicious time of Navratri, but what do we do for the rest of the year? That became the question I explored through the work, and an important part of its premise.

LBB> What are the societal narratives that the campaign fights against?

Swati> The societal narratives that the campaign fights about is how on social media everybody is the judge, jury and the executioner. And how women who don't fall into a kind of a narrative or a stereotype are often dehumanised into ‘witches’. And especially being a Bengali woman, I have a very clear memory about what happened  last year… There were these big headlines- ‘all Bengali women know kala jadu (black magic)’, ‘they are home Breakers’. The tweets that I've used in the beginning of the film are real tweets and that should just tell us how much hate circulates on our social media pages.

LBB> Were there any concerns about how the campaign would be perceived by the general public, having in mind the overall view on women’s issues in India that you touch upon?

Swati> Yes, we knew it's a brave campaign, and we knew that there are many people who would probably admire it but would feel scared to share it. I know quite a few celebrities who have told me in person that they feel apprehensive to share it. Because everything is a binary (especially on social media), where everything is either for or against. There's not enough space to talk in shades… to talk in greys.

LBB> The films are quite simple, yet strikes the viewer with its boldness - how did you go about choosing the women that participated in it, as well as refining the script

Swati> They are upcoming Bengali artists and finding them was easy

LBB> What do you hope the campaign can achieve with its message both during Durga Puja and after?

Swati> As the worship of the female force and form #NariShakti reaches a frenzy in our country, it’s probably the best time to remember how we treat women for the rest of the year. Easy to fault. So easy to malign and resent. Constantly judged and questioned when it comes to the choices they make, or held responsible for the choices men make.
And yet, they power on. #steelwithin

Swati> For all my campaigns, whether it’s Sindoor Khela or Out & Proud or this one… I think the whole idea is to make the society just a little bit more tolerant....a little more diverse..a little more inclusive

Planning for the Best: Being a 'Thought Seller' with John Thangaraj