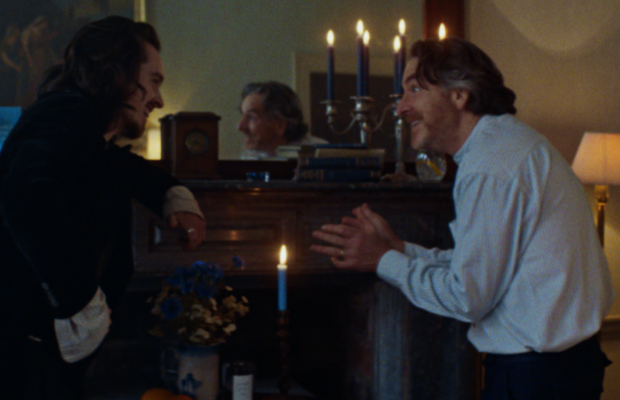 This year has been no easy ride for many brands but for those in the alcohol business in Ireland it's been particularly tough. The country has had the longest restrictions in Europe on pubs and bars since its first lockdown in March and it wasn’t until late June that pubs which serve food (about 50% of Ireland’s pubs and bars) were reopened. Now, like most of Europe, another strict full lockdown in Ireland means they are closed once again.
Yet, Denis Kilty and his gin brand James Joyce Gin, has not given up hope. In fact, its latest brand film is called ‘The Celebration’. The film, told through the unique prism of an Irish Wake, is a subtle nod to three works of the eponymous author, ‘Finnegan’s Wake’, ‘Ulysses’ and ‘The Dead’.
“If you know the works of James Joyce, you will know that whilst his subject matter can often be gaunt, it is still a celebration of what makes us human. It pulls us into a moment and reflects on what makes life beautiful,” explains director Dermot Malone.
Dermot Malone wrote the script and shot ‘The Celebration’. A young but highly experienced director, Dermot has won multiple awards for his unique approach to brand storytelling. Rising to fame in 2017, after the release of Nissan’s ‘No More Nice Car’ commercial, he is now repped across the world and has a host of big brand names under his belt including Three, Tiger Beer, Lucozade and LinkedIn to name a few. Richly varied, his work is connected by having an unfathomable ability to reach into your chest and tug on your heartstrings. But it is not just his experience and a shared entrepreneurial drive that bought Dermot together with Denis for this film. If you work in the advertising and entertainment industry you may also recognise Denis Kilty as award-winning composer and sound designer, something that has connected the two for many years. He too has a number of cinematic works in his portfolio and can be recognised in spots for clients such as Ulster Bank, Bulmers, Toyota, Diageo, Virgin Media, Three Mobile and Audi.
However it was this summer that they finally decided to put the wheels in motion to work together on Denis’ other venture. Speaking to me via video call over the Irish bank holiday Denis, founder of James Joyce Gin laughs, “don’t worry that its a bank holiday, I haven’t taken a day off for one in about six years!”
And that is in no way surprising - given he has two full-time jobs. “I suppose we wanted to do something like this for a while. I actually only launched James Joyce Gin in 2016 and we really are a small family-run business so we’ve been building it slowly. But as it got to summer this year I was speaking to Dermot and we realised there was no better time than now to finally go for it. He sent me a script and a treatment and it felt right.”

The Circle of Life

When you are watching the film, it has a hypnotic approach, circling around the coffin in the centre of the room that Dermot tells us was inspired by a circle of life.
“At the end of the day, we approached this in a way that we believe made sense and told a good story. That presented an idea in a way that lets people take the reins of their own emotions. We chose not to reveal who the wake is for - it’s not about any one person, so it makes it more relatable. Many people will have unfortunately experienced a wake - the highs and the lows of that experience and the sharing of stories.” 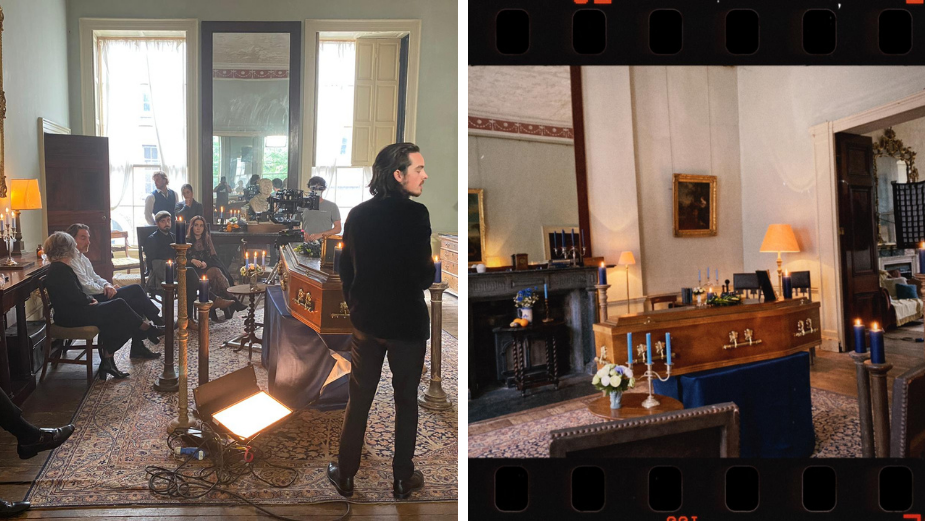 Behind The Scenes
He goes on to explain, “it's about treating the presentation, that emotional response, rather than trying to elicit one. It takes the time to point out to people in an elegant way that you know, things change. They will never stay the same, that's not how life works - how you choose to approach it, how you should tackle it - with hope, positivity and celebrating the stories - that’s what matters.”

“Obviously paying homage to Joyce himself is hugely important to us but, the story isn’t just about the wake itself - it's what happens there,” agrees Denis. “We wanted to capture the heart of Irish culture; of telling stories, dancing, playing music and carrying that forward for others.”
One of the striking things about this film is also its cast. The lead is Ferdia Walsh-Peelo who you may recognise from ‘Sing Street’ or HBO’s ‘Vikings’ but the room is also full of the Walsh-Peelo family. The Voice Over is also narrated by Philem Drew, son of Ronnie Drew who was a member of the famous Irish folk band ‘The Dubliners’ - inspired by Joyce’s short story collection of the same name. 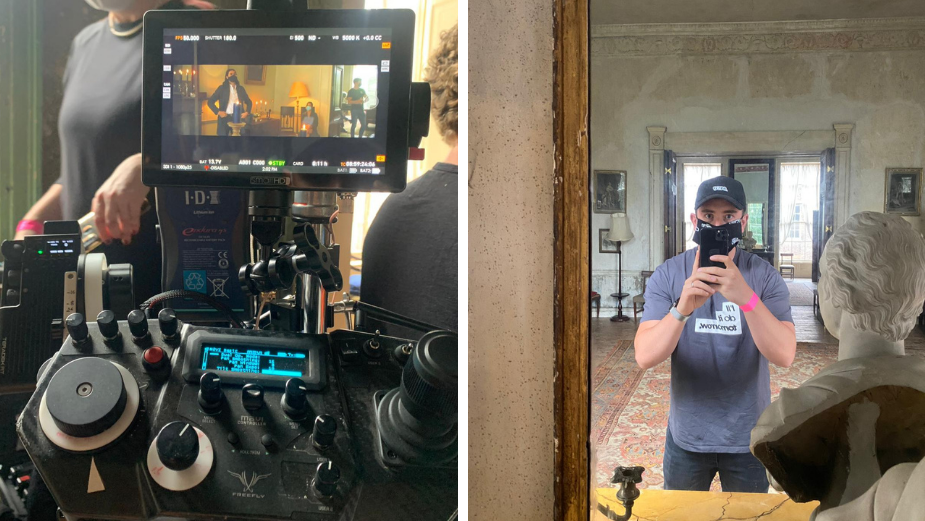 Behind the Scenes
“What I loved about this was that this project had one of those undiluted creative ideas. It was something that stood out and people wanted to be involved with. It was incredibly humbling,” says Denis. “To have such amazing talents involved was more than we ever could have hoped for.”
The family connections in this ad extend further than the cast, Denis’ own friends and family appear and the brand itself takes much inspiration from Denis’ father who is an avid Joycean scholar. 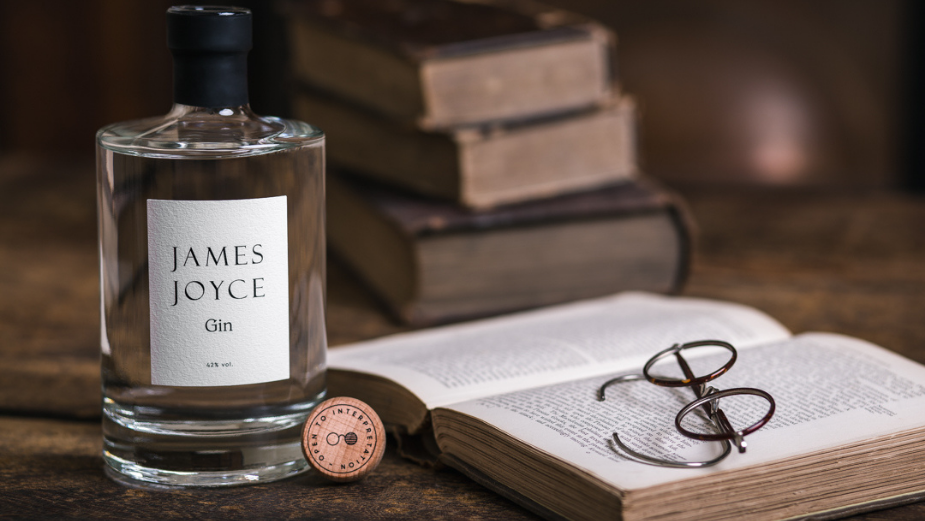 For those of you familiar with Joyce, there are multiple easter eggs to be found in the 60 and 90 second spot. Everything from the red-bricked Georgian era building itself, to the colour of the candles, the place settings, the oranges and the voiceover borrow from the author’s iconic works. “It’s one of the things you could never do by halves,” says Dermot. “When you adapt the works of an iconic writer people will pick it apart. I did extensive research before embarking on the script and worked closely with Denis to make sure all the subtle nods his brand has to the writer were included.”
The gin itself has won multiple awards - Gold at the Spirits Business Awards for taste and at the Kinsale Advertising Awards for design. It was the only beverage product in the country to be entered into the 100 Archive in 2018 for its unique graphic design. In 2019, James Joyce Gin was given by The President of Ireland as an official gift to the visiting King and Queen of the Netherlands.
More than a Joycean scholar, Denis’ father restored No.15 Ushers Island on the banks of The River Liffey, where Joyce’s two great-aunts lived. The building was in fact the inspiration for the setting of his famous short story The Dead. The house hosted weddings, theatre shows, music nights, book launches and of course, Joycean readings. Additionally it was offered up as a venue for charity organisations and projects from the surrounding Dublin Liberties area. The annual Dublin culture night and most importantly, faithful reenactments of the dinner menu from The Dead, which the recipe of James Joyce Gin draws from. At the point in time in which it was written, oranges were a centerpiece of the dinner setting, cloves were used in the cooking of the meats served.
“The design of our bottle, the spirit itself and our approach to everything about it is littered in references to Joyce. The colour of the gift box that the gin comes in is Aegean blue. It comes from the Greek flag,” explains Denis, “because the Odyssey was the underpinning of Ulysses, Joyce actually alluded to Greece within the blue colour of the dust cover of Ulysses. To acknowledge that detail, we went to visit a 1st edition in the National Library of Ireland (printed in 1922) and derived our pantone colour for our gift boxes from that. The typography is also key to the label which imitates Joyce’s own choice of lettering. It’s as minimalist as we could make it. 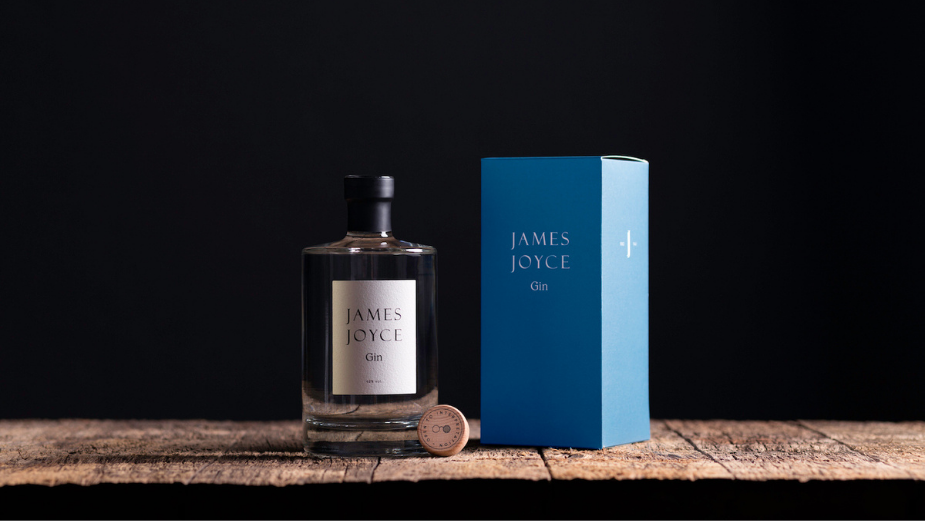 “On the cork of the bottle, there are windsor spectacles - one of the eyes is sort of blocked out on it. Joyce had notoriously bad eyesight. He had multiple surgeries and our cork was a sort of a play on the irony of a visionary having very bad vision,” says Denis.
“The whole idea is that, you know, Joyce's works can be difficult to understand, but they're also not prescribed. My father always had a goal of encouraging people to reopen his books and explore what is unequivocally a significant piece of Irish literary history. He wanted people not to be afraid or to see it as purely an academic undertaking.”
“The whole brand is about celebrating, not dictating Joyce's legacy. That stands true all the way down to the film. It is celebrating an idea, a story of feeling and emotion, that everyone already understands on some level. I'm kind of leaving it with the audience to take it from there. A new day will be.”
If you live in Ireland, you are in luck. You can purchase the gin in selected Dunnes Stores and independent off-licenses. Find it here.