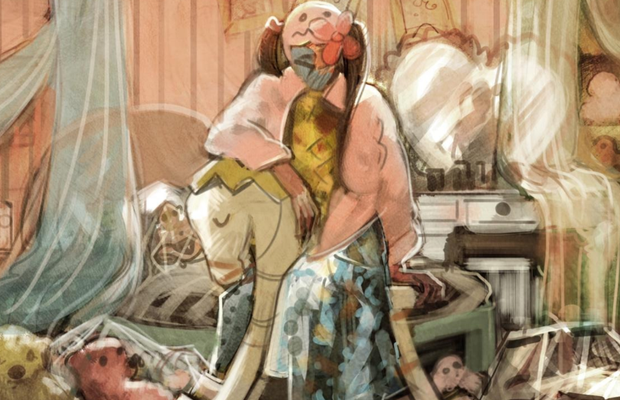 IKEA is known for the simplicity of its designs and communication – many of its ads have a similar tonality, but its latest campaign for Saudia Arabia and Bahrain goes beyond the usual imagery with a campaign that’s visually decadent and exquisitely crafted. The campaign goes all out with kitsch design and hauntingly beautiful music to promote the homeware store’s sale and all-important message of mixing things up now and then.
The campaign, aptly titled ‘Don’t let the furniture wear you out’, is a homage to outdated furniture, garish design and becoming a little too part of the furniture. To hear more about the idea behind the three short films, print ads and IKEA’s exciting campaign, LBB’s Natasha Patel spoke to Leo Burnett Saudi Arabia’s CCO Mohammed Bahmishan and creative director Mohammed Sehly.

LBB> What was the initial brief for this campaign and what did IKEA hope to achieve when they discussed it?

Mohammed Bahmishan and Mohammed Sehly> It was simply a brief to communicate their yearly sale season: the objective was to deliver awareness instantly.

LBB> How did you then take the brief and turn it into the three stunningly visual print and film ads?

Mohammed Bahmishan and Mohammed Sehly>  We had to break through the clutter. No one wants to see another tactical campaign that has no human insight. We wanted to avoid conventional ways of communicating the sale season.
Instead of us wearing furniture out, we had the idea of showing that furniture can wear us out. The more time you spend with it, the more you feel stuck.

LBB> What were the inspirations behind the cinematographic choices and the set designs?

Mohammed Bahmishan and Mohammed Sehly>  Inspiration came from all the old typical houses in our region which are full of embroidered throws, patterned wallpapers, gold Baroque chairs and hand-painted Romeo & Juliet porcelain vases.
We created detailed mood boards and gathered real props and furniture from places like local pawn shops and online classified sites. It took thousands of real props to achieve our vision. 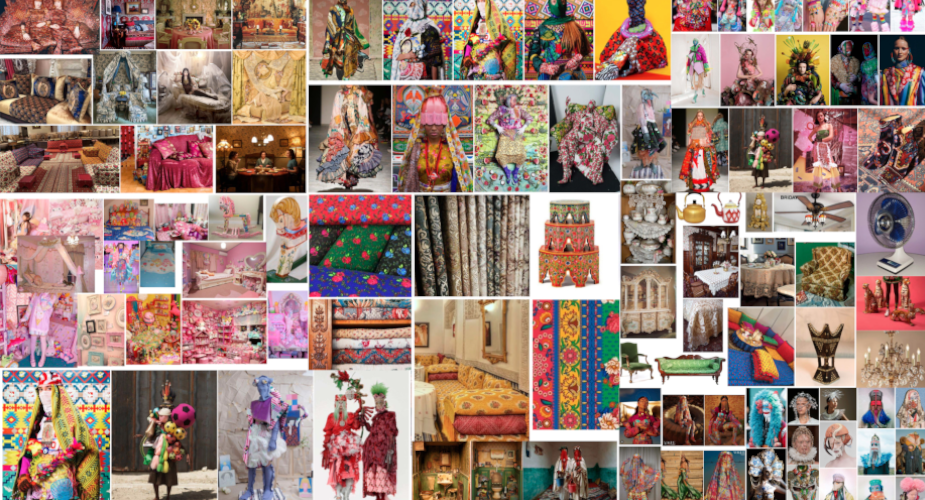 LBB> It's all so very kitsch and very ‘80s design-wise, why was it important to pick this theme and stick to it?

Mohammed Bahmishan and Mohammed Sehly> Many people’s homes are frozen in time since the ‘70s or ‘80s – we were inspired by the kind of settings that we all have in our memory, only with people blending in and becoming part of the furniture.
Not only was the theme important, but we made sure all the visuals are real and placed on set by the set designers. The only thing we retouched was the background. The outfits were designed from the same fabric used on the sofas and the gaudy lampshade headdress is actually a real lampshade.

LBB> Since there is no script, the atmosphere in the campaign is greatly enhanced through the choice of music. How did you go about selecting it?

Mohammed Bahmishan and Mohammed Sehly> We opted for cliché/classical/elevator music that dramatises our idea and represents boredom at its best.

LBB> Leo Burnett Saudi Arabia does really great work for IKEA: there was the jigsaw campaign that came out earlier this year, so we know design is obviously a strong point. How much of the previous campaign did you choose to incorporate into this one – and also, why was it important to make it visually different?

Mohammed Bahmishan and Mohammed Sehly> The previous campaign had a different objective: to show the diversified range of furniture that can accommodate different life stages. The objective of this campaign is to actually motivate people to make use of the sale and refurbish their houses. We’d like to think that design excellence is the common executional denominator for both.

LBB> What were the biggest hurdles that you faced throughout the project and how did you overcome them?

Mohammed Bahmishan and Mohammed Sehly>  We had an endless amount of props and styling tools to manage. Our set actually looked like a garage sale with enough props to fill two warehouses! This allowed us to make lots of immediate decisions on set, choosing the best props based on their cultural relevance, or to match our visual language and colour palette.
All of the detailed mood boards and sketches paid off. Everything was planned, there were just a few small improvisations here and there that added to the storytelling and the visuals. 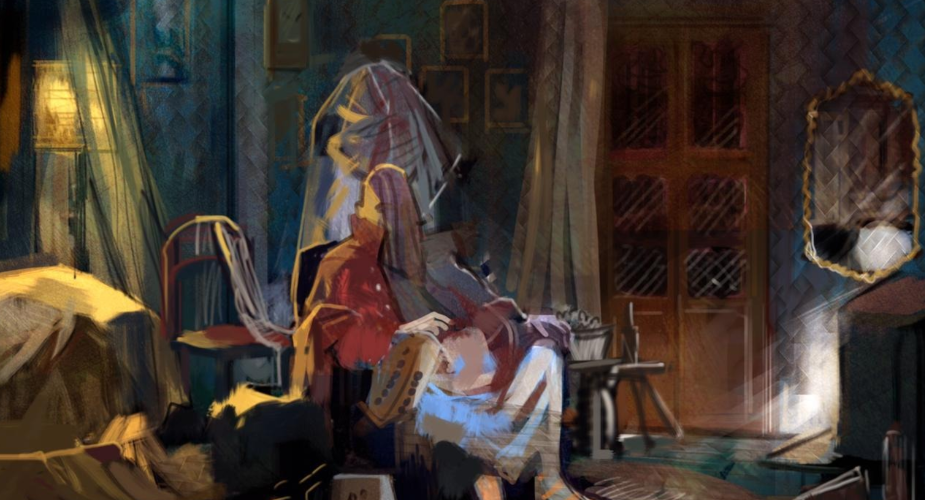 LBB> What have the responses to the campaign been like so far?

Mohammed Bahmishan and Mohammed Sehly>  The response has been amazing. Many people have said the art direction is beautiful. We hope we’ve succeeded in solving a very simple sales brief by creating a visually impactful campaign where every detail is obsessively crafted.