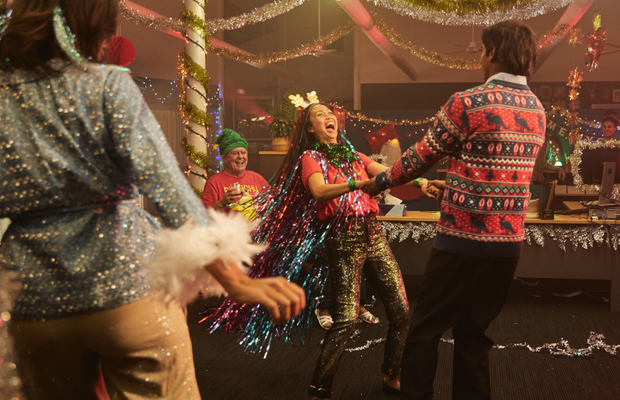 After a long and tough lockdown period, Australia is preparing for a holiday season filled with new hope for the coming year. From a truck driver to a quirky family, to a work party, Kmart’s Christmas campaign in collaboration with DDB Melbourne, reminds us of all the different ways we can celebrate Christmas.
The film provides the viewer with the cosy feeling of togetherness, familiar to this time of year, while still keeping the visuals dynamic and exciting to watch. Kmart uses emotional brand storytelling and taps into the Christmas spirit to prove we’re all connected, despite our differences.
Set to Stevie Wonder’s ‘One Little Christmas Tree’, the campaign uses the Christmas tree as the symbol that connects all the different storylines and intertwines them in a heartwarming narrative.
Rebecca Morriss, senior art director and Jake McLennan, senior copywriter at DDB Melbourne spoke to LBB’ Zoe Antonov about doing Christmas in your own way, the challenges of shooting during a pandemic and celebrating individuality.

LBB> This campaign celebrates all the different ways Australia celebrates Christmas. How did the idea first come about?

Rebecca & Jake> We wanted to demonstrate that there’s no wrong way to do Christmas if you do it your way. We explored a range of different approaches, but it naturally led towards showcasing Christmases around Australia in all their unique and chaotic glory – based around the most iconic of Christmas motifs, the tree.

LBB> What was the process of choosing the plethora of storylines you included in the campaign in order to represent the diversity of the holiday season?

Rebecca & Jake> We based every scenario around a Christmas tree. It was about coming up with imaginative and unique trees, showing diverse celebrations of individuality, along with a range of authentic, playful and emotive moments happening. For a while there, we even had a pet lizard in a Santa hat.

LBB> How did you go about selecting the music for the campaign?

Rebecca & Jake> The music, Stevie Wonder’s ‘One Little Christmas Tree’, was very much part of the idea from the beginning. The song just helps tell a Christmas tree story so perfectly, and the symbolism in the lyrics are so central to our story.
We looked at some other songs but kept coming back to it. And getting Jerome Farah to cover the track in his unique voice gave it a new lease of life. Usually, at the end of the editing process, you’ve heard the song so many times you’re over it – but our toes were still tapping all through production.

LBB> What were you hoping to be the main takeaways from the campaign for the viewer?

Rebecca & Jake> We want the main takeaway to be: if you’re doing Christmas your way, you’re doing it right. And that Kmart has all the low-priced products to help you do you… whether you’ve turned your caravan into a Christmas tree, made a tree out of post-it notes, or are a truckie who likes a Christmas tune. 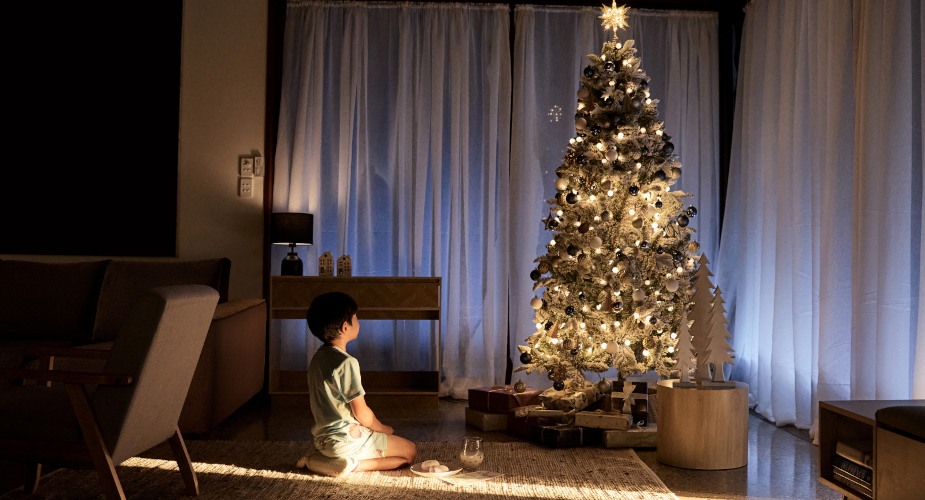 LBB> How long did the production process take from start to finish?

Rebecca & Jake> All up from creative brief to end of production, it was about seven months. But production itself took two months.

LBB> There’s a lot of exciting moments throughout the campaign! What was the most fun part to film?

Rebecca & Jake> The office scene was the most fun. Although we shot remotely, you could feel the energy on set. Getting the right reaction from our wallflower office worker who’s being forced to dance was a lot of fun. All the costumes in that scene were made from products you can get at Kmart, so hopefully it inspires loads of outfits this festive party season – foil capes and tree dresses are where it’s at.

LBB> What were the biggest challenges you faced during the production of the campaign?

Rebecca & Jake> One word: COVID. In the early stages of production, our amazing producer was scoping six different cities for the shoot, both here and abroad. It was changing from day to day – QLD, WA, NZ, NSW, regional Victoria. We even had a ‘break-in-case-of-emergency’ concept ready to go if every location was locked down - we had started production on it as well to hedge our bets.
Thankfully, it all worked out and we settled on Byron Bay, where our director was based. We began production and at the end of day one, the area we were shooting in went into lockdown. It was a production of pivots, but the output doesn’t reflect that at all. Exit and Stefan Hunt did an incredible job.