To commemorate Westin Hotels & Resorts and 160over90’s ‘Let’s Rise’ campaign that lifts the pandemic-weary spirits, bodies and minds of travellers the team dive deeper into the idea behind the film 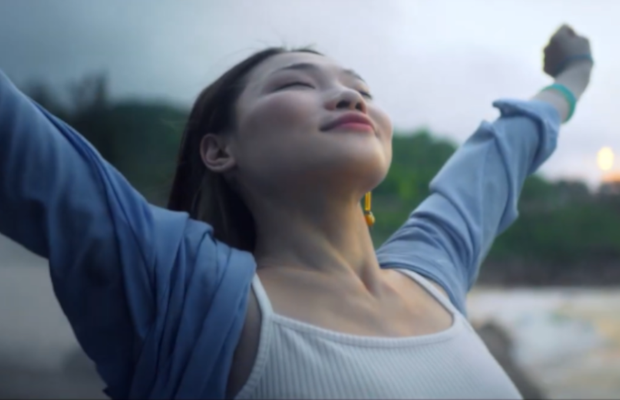 I’m pretty sure most people agree that when looking back over the last 18 months during the Covid-19 pandemic, travel was one thing that was unanimously missed the most. That escape from the real world, beauty of stepping on a plane and luxury of being in a hotel seem like far-fetched dreams instead of a near reality these days. It seemed fitting then for Marriott Bonvoy’s Westin Hotels to create a campaign with 160over90 that celebrates that.
‘Let’s Rise’ is an ode to all of those risers out there who are here to move and be moved with the reward of rest in one of Westin’s hotels in the Asia Pacific region. Though, what makes this campaign extra special is that it was shot in three cities in China – Hainan, Shanghai, and Nanjing – while being directed remotely from teams in Hong Kong, Stockholm, New York, Philadelphia and Atlanta all with the brief of appealing to the mass and diverse audience of the APAC region.
To hear more about how the team created a regional campaign of this scale and how the power of travel can inspire locals, LBB’s Natasha Patel spoke to 160over90’s executive creative director Christian Carl and account director Jessica Coronel.

LBB> What was the initial brief for this campaign?

Jessica> The main ask was to regionalise Westin’s global brand platform of “let’s rise” for Asia Pacific and to use this platform to help grow awareness of Westin and its leading position in the well-being hospitality space.

LBB> Why is the concept of celebrating 'risers' so important?

Christian> We define ‘risers’ as a group of people who want to do it all – work hard, stay fit, eat healthy, travel and try new things. They wake up early and are non-stop until they go to sleep to energise for the next day. But, what separates a Riser from the rest of the active crowd is their desire to not only move, but also to be moved. It’s that duality that gives the Westin a critical role in the experience. They are beautiful, inspiring spaces that move you emotionally, too. And so we set out to create a campaign that spoke to the physical and the emotional idea of movement.
The past year has left many risers – especially in Asia Pacific – feeling disconnected, exhausted and burnt out. We wanted to let them know they’re not alone, and inspire them to rise above it all, regain control of their lives, and be the best they can be through the power of travel.

LBB> Am I right in thinking this was shot in China? If so, what was the production process like?

Jessica> Planning for production in a different country is always an exciting challenge, but not being able to go there due to travel restrictions took this to another level. Luckily we have a strong network of trusted partners around the world who were able to bring the vision to life without any compromise.
In one week, we filmed in three cities with Westin Hotels and diverse terrain - Shanghai, Nanjing, and Hainan - to make it look like our characters were located all over Asia. In the end, we captured 6.5 hours of footage from 50 hours of shooting which became our hero film and three mini films.

LBB> What challenges, if any, came from adapting this campaign to the diverse audience across the APAC region?

Jessica> The APAC region is so diverse and massive that it requires a very large volume of work to simply to reach every market. Ensuring the campaign was as inclusive as possible was a top priority. To represent the diversity of APAC– India, China, Japan, Thailand, Australia and more – we had to cast diverse talent and translate all assets into four languages.
To ensure it could be deployed across the region, we had to design and edit the core creative to deploy across numerous channels, from WeChat in China, to Line in Japan, to interactive digital OOH ads in Singapore, to Spotify in Australia, and of course more well-known channels like Facebook, billboards, and banner ads. In the end, four key films and a select bank of campaign graphics have become nearly 200 assets (and counting).

LBB> What were the biggest challenges of this campaign?

Christian> Ensuring the quality of the work wasn’t compromised due to time zone and production challenges proved difficult. The hero film was remotely created and directed by creative and production teams based in six cities – Hong Kong, Shanghai, Stockholm, New York, Philadelphia and Atlanta. Not only did we have to Zoom in remotely for the shoot, the entire planning process was done by a team around the world. So, time zones and “working the sun” was a challenge that went beyond the shoot days. But we’re very happy with the result.

LBB> Finally, what are your favourite parts of this campaign?

Christian> The sense of community we are creating for Westin guests, regardless of geography, was a very important aspect of the campaign for us. It wasn’t just about defining guests as Risers, but acknowledging that, while we might be from different places, as the campaign says, “We’re all Risers just the same”.
The dramatic settings that the Westin Hotels in Nanjing and Hainan provided and the boldness of the narrative and the music. All those elements combined draws the viewers into the spot and really makes them feel differently about Westin and inspire you to travel. Overall, a lot of the feedback we’ve heard is that it doesn’t look like normal hotel marketing, but it feels very Westin – which we think is a great thing. It means we’re standing out and shifting perceptions.
We love the music track. It was a bold choice for Westin.

160over90 China Appoints John Steere as SVP and Managing Director