Being Perfect Can Be Tough in Volkswagen's Comedic New Spot 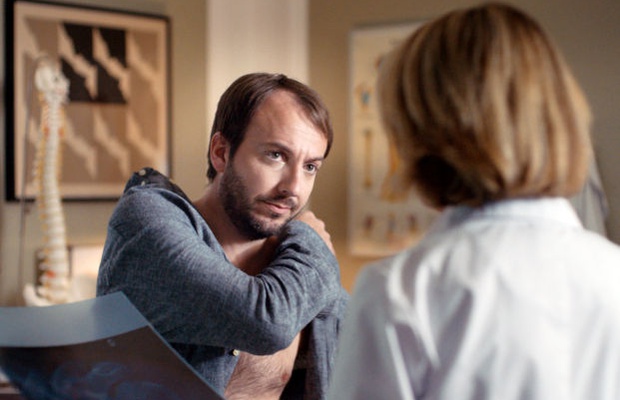 Volkswagen Véhicules Utilitaires has released its first produced TV commercial with Grabarz & Partner. The film, entitled 'The Shoulder' ('L’Épaule'), promotes the company's full-service package for professionals: the Solution CarePort Pro. It is an offer that includes warranty, financial loss coverage, replacement vehicle, assistance and maintenance. But as everyone knows, a great service is also down to people.

Therefore the film shows that the brand and its network would really do everything for the perfect partnership with their customers. But being perfect can be tough. Especially if your customers are serious professionals who like to show that they are really satisfied. And this with a single and familiar gesture: the famous slap on the shoulder.

The film's idea is based in the insight that Volkswagen Véhicules Utilitaires has registered historical brand records of sales in France over the last years. And has been regarded as one of the most-liked commercial vehicles competitors for customer satisfaction and aftersales, proving a strong relationship between the brand, its network and its clients. A Kantar TNS study from December 2018 even underlined the quality and reliability of the service, the good knowledge of the target-group needs and the regular check on customers’ specific demands, improving loyalty and trust, which are one of the main reasons-to-buy for professionals.

Grabarz & Partner has been the lead agency for Volkswagen Commercial Vehicles worldwide since 2009, delivering creative advertising that has earned prestigious international awards. In 2013, the agency also became the 360° lead agency for the communication of Volkswagen Véhicules Utilitaires France and has created a unique international team of French, Australian, British, Swiss and German creatives, strategists, digital and account managers, all working from the office in Hamburg.

Grabarz & Partner and Volkswagen Véhicules Utilitaires partnered with CZAR Germany and French director Didier Barcelo to create the 30s-TV spot. The experienced French commercial director, noted for his comedic style packed in a distinguished craft, has previously worked on brands like Orange, Ikea, Canal Plus and Total, and is currently working on his first feature-film.