Havas Germany Group CCO and Europe ECD Eric Schoeffler on putting his fate in the hands of the phonebook, leaving behind a 17-year career at DDB and the impact of the pandemic on his stress levels 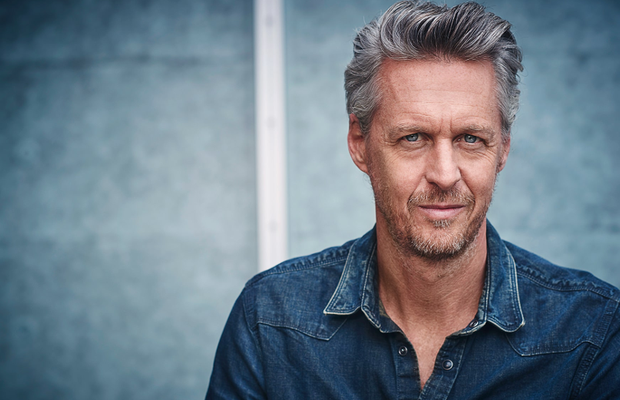 Eric Schoeffler’s had an illustrious creative career, but his CV is relatively simple. He became an art director at Westag in Cologne after graduating, then seven years later he moved to DDB where he spent 17 years, eventually becoming CCO for the DACH region. He’s only been at his current agency - Havas Germany - for four years, so he’s barely got his feet under his desk by his standards.
As Havas Germany Group CCO and Europe ECD, Eric’s overseen some truly unique campaigns, such as renaming Citroën to “Zitrön” – inspired by Germans’ inability to pronounce the brand name. A year into running a creative department during a pandemic, LBB’s Alex Reeves caught up with Eric to get to know him more.

LBB> Where did you grow up and were there any clues when you were young that you were an art director at heart?

Eric> Born in the USA, I grew up in a suburb of Cologne. My parents were the typical "mom at home, dad at work" combination, like most families at that time. Neither had any connection to advertising or any creative fields. But they were always supportive and never tried to push me into something that I did not want.

LBB> How did you get into advertising and what were your early years like, when looking back on them?

Eric> I always felt that my whole life is a wonderful connection of coincidences and opportunities. I never had a plan or a vision. I always lived and worked “in the moment”. In school, I quickly realised that my strengths were in sports and arts – these were the things that got me excited and made me automatically push my boundaries. I didn’t believe that I was good enough to make a living in the professional sports world, so I decided to go for a degree program in graphics and design. I was rejected at the university and – to bridge the time till I was allowed to apply again – went to a private school which turned out to be a great place for me.
I had no clue about the ad world, so when I got my degree, I took the phonebook of Cologne and started to call agencies backwards from Z to A. Fortunately, I was already successful on my second attempt (W). And luckily it was the biggest agency in Cologne [Westag] at that time.
After a very intense relationship with the copy machine in the first six months, I was lucky again to be moved into a group led by a very senior creative director, who quickly gave me a lot of responsibility and chances to grow. He taught me that team spirit is stronger than individual talent, and that trust is more important than power.

LBB> What creative projects taught you important lessons in the early part of your career?

Eric> I guess I have learned more from people than from projects. Every project is born and raised by people. Their talent is what makes a project outstanding. Their flaws and egos are what makes the project complicated or even fail. If you understand how to join and excite talented people, if you manage to keep the egos far away as possible, your chances to succeed are significantly higher.

LBB> You spent 17 years at DDB across the DACH region. How did that affect the way you think about creativity in the German-speaking world?

Eric> I was responsible for DACH during the time I was CCO, which were the last five years of my time at DDB. Again, I was super lucky to be supported and promoted, in this case by Amir Kassaei and Tonio Kröger who led the DDB group when I was creative director at DDB Düsseldorf. They gave me confidence and responsibility, even when I felt that I was not ready for it. Also, I was constantly surrounded by the most creative people you can imagine. People like Dennis May in Düsseldorf (my successor at DDB), Wolfgang Schneider in Berlin (who led BBDO to huge success) or Lukas Grossebner in Vienna (one of the most creative people in Austria) to name just a very few out of so many amazing talents that I had the chance to learn from.
Since I was also part of the Global Creative Council, I was deeply connected to the global DDB family and fully embraced the beliefs of Bill Bernbach. I could surely name a hundred people who influenced me, my creative talent, my personality and my leadership skills.

LBB> In 2014 you told my colleague Addison Capper that one of the biggest challenges facing the German ad industry was an increasing volume of workload for agencies without financial appreciation. How has that trend progressed since you said that?

Eric> Unfortunately, it became even more challenging. The remuneration models need to be discussed openly between clients and agencies.

LBB> What was the experience like of moving on from DDB to join Havas?

Eric> Leaving a place you called home for such a long time is never easy. But I had my partner in crime, Thomas Funk (CEO), at my side. We are friends and obviously had long discussions before we took the decision to leave. Both of us felt it was the right thing to do. Also, Havas – especially the European and global leadership – was very supportive and made us feel welcomed from the beginning. In my case, I have to mention grandmaster Jacques Séguéla, the creative living legend of Havas and founder of RSG, who invited me to his house in Paris to talk about ideas, ideals, creativity and things that matter to us.

LBB> You have a joint role of ECD for Europe and CCO for Germany. How do the roles differ and what sort of tasks do they fill your day with mostly?

Eric> My EMEA role is mainly to connect the ECDs and CCOs in the Europe, Middle East and Africa regions. I chair the European Council which includes around 10 of the most talented and successful ECDs or CCOs. We (usually) meet, always in a different office, at least three times a year to screen, discuss and work on projects.
We also prepare work for the main award shows and we support smaller agencies that are not represented in the council. It’s a big pleasure to be able to work with these wonderful and talented colleagues who are definitely good friends by now. In Germany, I’m directly responsible for the creative output of the offices in Hamburg, Munich and Düsseldorf, and I also try to shape the culture of our Group in Germany following our be silly, be brave, be kind mantra. This includes creativity, diversity and inclusion, gender equality and doing good.

LBB> Which recent projects that you’ve been involved in have particularly resonated with you and why?

Eric> It’s always a difficult pick, since you love almost all your babies. Nonetheless I have to mention the ‘Zitrön Case’ Havas Düsseldorf has done for Citroën. It´s bold, fresh, surprising and proves that big success doesn’t necessarily demand big budgets.
Another project that was just launched in our Munich office is the campaign ‘History Repeats’ for Getty Images. These smartly curated images are not only fascinating to look at, but they also showcase the huge Getty archive to illustrate the problems of mankind that unfortunately haven’t been fixed yet, despite the technological progress. It’s the second great project for Getty Images after ‘Repicturing Homeless’ two years ago.
I’m also especially proud of our podcast ‘Give A Fuck’: An internal project that was actually born as a feedback box and that turned into a first season of eight 45-min episodes around things that should matter in advertising these days.

LBB> What's the biggest impact the pandemic has had on your life and outlook? Have there been any positives?

Eric>I guess this question could fill a whole LBB issue. The pandemic is a big test for most of us. People have lost their lives, everybody had to learn to keep distance, the economy is at risk. Also, the ad industry is struggling. But every crisis is not only miserable. There are always learnings that will lead to something better. The world had all engines running at full speed and it was not moving into the best direction. I can only hope that this abrupt stop will help the political and the economic leaders as well as the global community to adjust. Going back to where we were before the pandemic would be a shocking nightmare.
On a personal level, my life has also changed significantly. My job in the last 20 years had me rushing from home to airport, to clients, to airports, to offices, to meetings, to airports. I spent more time in airplanes than I spent at home. My business flights since April 2020: less than 10. This surely has positively affected my stress level.
On the other hand, I really miss personal connections. I’m pretty fed up with all these Teams and Zoom meetings. And I’m certain that I am not the only one. On the other hand, we saw how quickly we adapted, and how committed and helpful everyone acted when it was needed the most. We understood that home office is not an unfavoured option but a new way of working. And we now also have the confidence that we are able to achieve great results although we hardly see each other in person. I truly hope for everyone that we soon reach a new plateau where we all can restart with a positive spirit and some lessons learned.

The Purpose Challenge: Why Being Meaningful Matters More than Ever