Each week Bestads picks the very best advertising in the world, in every medium – which is reviewed by a top creative director or team to select their own personal favourites. 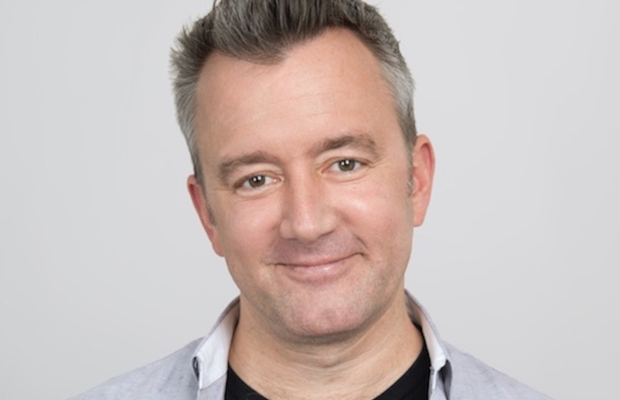 ​BEST TV
Winner: Dick's Sporting Goods 'Miss America'. I love this spot for a couple of reasons. First, it's a fantastic, subversive use of music. When the lyric about "There she is, your ideal..." hit over a shot of a boxer with a cut on her eye, I was absolutely on board for the ride. And then, they didn't shy away from making every shot as gritty and aggressive as they could be. It makes a really smart point about women and sports, and our changing perceptions of what it means to be a role model, without actually saying anything at all.

Runner Up: Dubai Tourism 'Dubai Presents'. This one is just a production value tour de force. It's shot as well as any Hollywood action movie, and by bringing a little bit of "2 Fast 2 Furious" excitement to a tourism campaign, as opposed to the stock serene shots of hotel pools, they might succeed in getting new people interested in a trip to Dubai.

​BEST PRINT
Winner: Annahar Newspaper '#InnocentTruth'. Sometimes you have to recognize work for just being brave. And Annahar's integrated campaign, including this print work, really is. It's not easy for a journalist or a paper to stand up for what is right these days in any country. But a year after the horrible explosion in Beirut, Annahar uses the haunting memories of children to remind us all that, while nothing has changed, nothing has been forgotten either.

Runner Up: Bueno Beans 'Cheetah'. Very nice, smart visual work for Bueno Beans out of Mexico. They have a simple point, that their beans cook faster than other options (if you have have ever made black beans you know, it takes forever). And they came up with a simple and unforgettable way to convey that benefit... fast.

​BEST OUTDOOR
Winner: KFC 'Disguises'. The best outdoor can stop you and convey something in an instant. And this one does exactly that, by borrowing a bit of visual identity from another well-known brand. By putting KFC into the visual language of Ikea, and simply pronouncing "You already know where it is", this brilliantly accomplishes the oldest task for an OOH billboard - telling people where the restaurant is located. Very smart.

Runner Up: Alibaba Group/WWF 'Fading Sea Creatures'. This was cool, a fairly involved demonstration of what human trash is doing to the seas. It was a painting made from thermochromic paint on a collection of masks, that disappears when it goes into the water. Just like so many species are disappearing, as our ocean trash crowds them out. It made me think about the impact of a new thing we are all carrying around, and throwing out every day - masks.

​BEST INTERACTIVE
Winner: Samsung Galaxy 'Performance Enhancing Music'. As the Olympic games conclude, this was a pretty interesting use of tech to solve a problem athletes everywhere are facing. There are no fans, there are no crowded stadiums, and athletes are not hearing anything... motivating. Just creepy silence. Samsung fills that void with custom built tracks, designed for the athlete and their sport, to actually push them on to perform at their best. This is one of those ideas that get you thinking, what else can the perfect music improve?

Runner Up: *Chevrolet 'TikTok with a Beat'. With street performers currently banned (presumably because of Covid), Chevy has a simple and ingenious way to bring music back to the streets. By putting drum sensors on a steering wheel, and an amazing drummer in the driver's seat. I just loved watching him create new combos of sounds, including the horn, with this brand new kind of percussion. Chevy should definitely make this a option on their 2022 models.