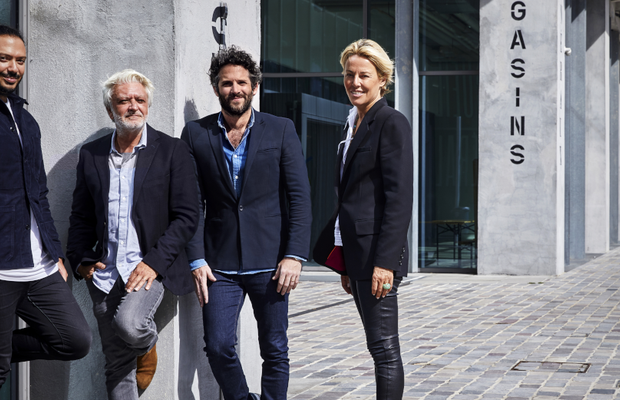 BETC is an agency that grows along with its talent. To start this new season, the agency has announced the promotion of two managing directors: Mehdi BENALI and Mathieu LAUGIER.

Mehdi started his career in the UK, first at GREY London, following with BBH London. After nine years in London, he came back to France to join Fred&Farid Paris as business director, then at Sid Lee Paris, where he stayed close to seven years. Managing director of the agency, he worked to develop the international operations of the French office in the Middle-East and in Japan. He was also in charge of new business and of key accounts of the agency, such as KFC, Adidas, Moët & Chandon, SKYN, Mitsubishi Motors, Red Bull or Ubisoft.

It's with more than 16 years of experience that Mehdi joined the team at Traction (BETC) as managing director on the Citroën account. He is tasked with pursuing the integration and globalisation of the communication. He will also be involved with new business at the agency, especially on global competitions.

Tiphaine Du-Plessis, president of BETC FULLSIX, comments: "We are so happy to welcome Mehdi into our ranks: he shares our love of brands and our desire to take them even further and explore new territories, whether there are geographical, based on the consumer journey or based on innovation."

Mathieu started his career at BETC in 2010. He quickly specialised on topics around entertainment, sport and new technology, working especially on the CANAL+ brands, Canalsat, but also Syfy/13th Street (NBCUniversal) or the sports betting platform Parions Sport. He was also involved in the internal junior training programme and led the BETC Academy.

Currently, he has been managing the account of Bouygues Telecom for five years in all its various activities, from branding, corporate to digital. He is also in charge of the accounts of NBCUniversal Europe, the Moroccan Tourism Department and the iconic Red Star football club.

Mathieu is named managing director after an 11-year career at BETC. In a few weeks, he will launch and take the helm of a new department at the agency around short-form and innovative projects.

Bertille Toledano, [resident of BETC, adds: "Mathieu is a talent that is 100% BETC. He possesses the commitment, the creative sensitivity and the culture of production and entertainment, and above all, the human values that makes him a symbol of the agency."

Along with the afore-mentioned people, Solène LECOMPTE, Isabelle PICOT and Albert PRENAUD are also promoted to the role of deputy managing directors.