In collaboration with Lucky Post, 'Blackness of the Night' was directed by Toby Hallbrooks as part of a multi-part film and music collaboration filmed on Super 8 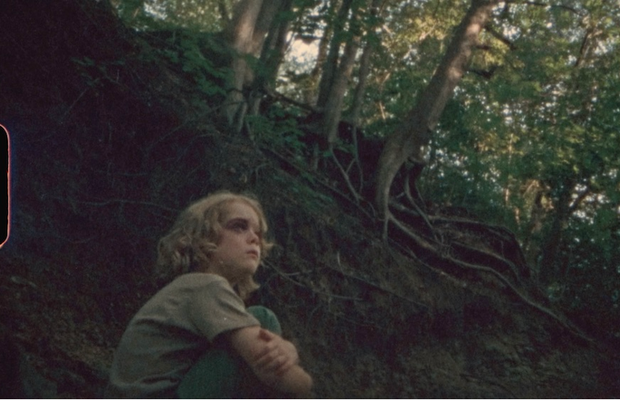 New music video 'Blackness of the Night' has been released as part of a multi-part film and music collaboration for Drag City Records between Bonnie “Prince” Billy, Bill Callahan, and a collection of musicians and content makers. 'Blackness of the Night' was directed by Toby Hallbrooks for Callahan and BPB’s cover of the classic protest song by Cat Stevens (Yusuf Islam). Toby partnered with Lucky Post to help bring to life a film that blends childhood wonder and haunting loneliness.
Toby, part of the creative filmmaking trio Sailor Bear, has collaborated with Bonnie “Prince” Billy (Will Oldham) on a number of past projects including short film 'Pioneer', which premiered at Sundance, 'Ghost Story' and 'Old Man & The Gun'. Oldham approached Toby to direct the first music video for the all-covers project. Filmed on Super 8 by cinematographer Mike Simpson, the video features a young boy who wanders alone, serenaded by Billy and Callahan from a discarded television set. Lucky Post’s Neil Anderson was the colour artist on the grainy, dreamy footage which was edited by Sai Selvarajan.
Toby commented: “This is an example of a truly collaborative process - one where everyone who worked on it was encouraged to bring their perspective and talent to the film while keeping our sights on Toby’s vision. When a director has confidence in what they've shot and lets the editor spread their wings and explore what’s possible, it’s really a gift. The song is beautiful, haunting, and moody and the footage marries perfectly with it.”
“This is a strange and uncertain time,” Toby continued, “and while the song is beautiful and intense I wanted to impart a feeling of hope in the film. We can be alone, but that doesn’t always mean lonely. Collaborating with storytellers who love film - in this case old school Super 8 - is always rewarding, and feels more pronounced now. I look forward to our next project."