The team wins Best of Show for Zillow’s ‘The Journey’, as well as for Compositing & Visual Effects and CGI 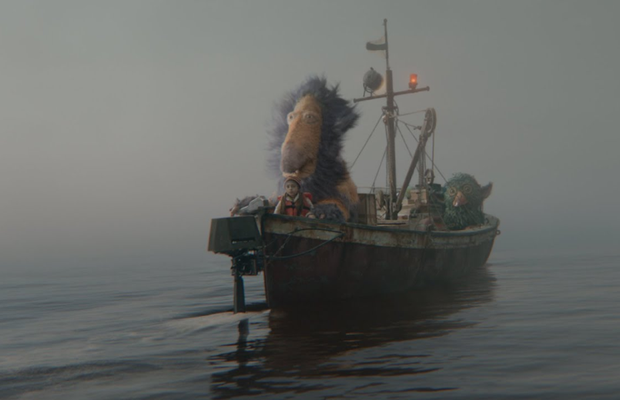 Blacksmith has gone on a journey of success at this year’s AICP Post Awards, having not only won the coveted Best of Show, but also awards for Compositing & Visual Effects and CGI.
The Blacksmith team won Best of Show for masterful compositing on ‘The Journey’ from Zillow, which dramatises the complicated emotions of moving house through the eyes and imagination of a child.
It was a team effort from the crew at Blacksmith, which included VFX supervisor and lead compositor Ben Kwok, VFX supervisor Tom Bussell, compositor Yebin Ahn, and CGI leads Tuna Unalan and Olivier Varteressian.
The team was also recognised at the AICP Show, winning for Visual Effects - also for their work on ‘The Journey’.
Tom Bussell, VFX supervisor, comments: “Thanks to everyone that made this happen. It’s not often we're given such a limitless playground of creativity where imagination becomes just as important as technique.”
Yebin Ahn, compositor, adds: “It's a great feeling to see your concepts come to life, especially when you rebuild almost the entire shot to achieve the desired look and feeling. Having a team that I could completely rely on was a huge relief during such a tightly scheduled job.”
Tuna Unalan, CGI lead, comments: “When we first saw Martin’s character sketches, we knew this project would be a wild ride. Bringing these unique characters and the environment itself to life, crafting this completely surreal CG landscape, is something you don’t get to do every day. It was a challenge trying to evoke the feeling of what our hero girl was experiencing by being in an unfamiliar, new environment - feeling claustrophobic and small - but it was a highlight of the job.”
Ben Kwok, VFX supervisor and lead compositor, adds: “Zillow getting recognised is a huge win for our team here. Everyone involved gave their all on this project, and I’m so glad that has been acknowledged.”
The AICP Post Awards honour excellence in a range of post production crafts, including editing, colour grading, audio mixing, sound design, visual effects, CGI, animation and design. They’re part of the AICP’s suite of juried competitions, which also includes the AICP Next Awards and the AICP Show.
Blacksmith’s full list of wins is as follows:
AICP Post Awards
Best of Show
Compositing and Visual Effects
CGI
AICP Show
Visual Effects