Blossoms Head Back to Stockport for Feature Length Documentary Trailer 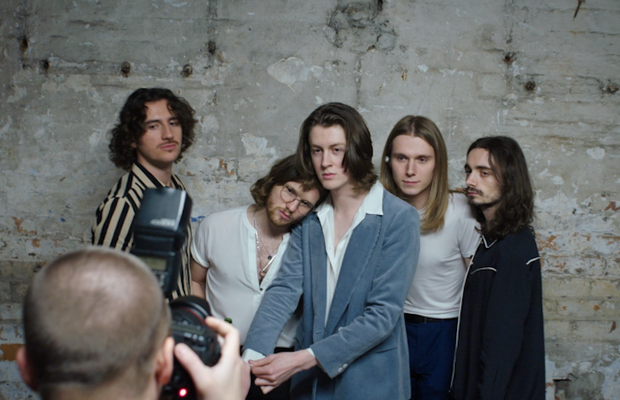 Chief director Charlie Watts is a long-term collaborator of Blossoms and has also been behind several of their music videos, including for How Long Will This Last? from the band’s 2018 album, Cool Like You. The feature length documentary Back To Stockport will be released on Amazon Prime Video on 8th November and will launch as a 24 hour premiere on YouTube on 7th November at 8pm GMT.

Back To Stockport focuses on Blossoms’ headline show at Stockport County FC’s 15,000 capacity Edgeley Park stadium on 22nd June 2019. Alongside live footage of favourites from across the band’s catalogue, the film includes individual interviews with each band member, as well as extensive and candid behind the scenes access.

Speaking about the documentary, Blossoms say: ‘We’ve worked with Charlie on and off since the band started really, so when the opportunity to make something together surrounding the homecoming show in Stockport came about, we jumped at the chance. We think he’s really captured the spirit of the band, and being a friend, he was able to get the natural moments you don’t normally see in a band documentary. We love the film and hope you do too!’

Chief director, Charlie Watts adds: ‘This is a project that has been very close to my heart for the last 18 months. Given my personal relationship with the band and the town itself, it was hugely important to me that the film delivered!

I’ve been filming the lads since they started out, so it has been surreal to see their rise to such success - but not surprising! To be able to make a film about them playing to a sold-out show in our home town of Stockport was something I'll never forget. I think the film gives an intimate insight into the amazing bond and togetherness this band has. They grew up as best friends and it really does show on the screen’.

The film went into production in early 2019 and is a great example of independent documentary film making talent in the region. Producer Luke Filz and Editor Ian Mclaughlin worked tirelessly alongside director Charlie to ensure this first feature length documentary from the Salford production company is an absolute winner.

Chief have produced music videos for Blossoms previously, so already had an existing relationship, but this film helped to gain unabridged insight into the band’s personal lives and what made the gig special to them.

Producer, Luke Filz commented “It was a pleasure to be able to document this huge milestone in their career and we look forward to seeing the Blossoms grow and grow each year”.

Chief CEO Colin Offland summed up ‘Back to Stockport’ was a fantastic team effort from everyone at Chief, with Charlie at the helm directing. Along with our work making ads and music videos we try and produce at least one or two documentaries a year on subjects we are passionate about. With Charlie being good friends with Blossoms from his Stockport roots, their homecoming gig felt like a perfect opportunity to back Charlie on his first feature doc. I’m sure their fans and non-fans alike will love the final film.’

Back To Stockport will be released on Amazon Prime Video on 8th November and will launch as a 24 hour premiere on YouTube on 7th November at 8pm GMT.