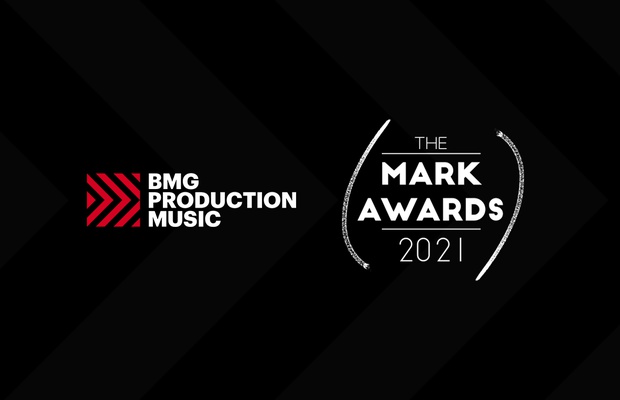 BMG Production Music (BMGPM) has secured seven of the top accolades at the seventh annual Mark Awards. The premier event dedicated to honouring excellence within the production music business was held on October 6 in a hybrid event as part of the annual Production Music Conference, virtually and in-person at the Omni Hotel in Los Angeles.

Those celebrating achievement with award wins from the BMGPM stable include new BMGPM catalogues Appears Next and At The Studios with accolades for Best Hip Hop Track and Indie/Alternative Pop Track respectively; Klanglobby took two trophies for Jazz and Orchestral Tracks of the Year, while The Home of Happy’s ‘Breathe Your Fire’ was voted Indie/Alternative Rock Track of the Year. ‘Solus’ by Dean Valentine from Immediate Music was hailed Best Use in an Online/Digital/OTT/VOD Promo for Amy Adams Netflix show The Woman In The Window. Finally, Best Use in Scripted TV Series recognition went to Addictive Tracks, for ‘Who’s That Cool Cat’ by Steve Martin and Henrik Wikstrom, featured in La Casa De Papel / Money Heist on Netflix.

John Clifford, EVP & global managing director at BMGPM, said: “Increased engagement with media and entertainment during the global pandemic means production music is more important than ever. Thus, it is particularly poignant to be recognized at the Mark Awards this year as one of the leading providers in our field.

“Congratulations and gratitude to all nominees, winners, BMGPM composers, producers, labels and friends that make the production music community a thriving place within the creative industry.”

Dan Pounder, EVP & commercial director at BMGPM, commented: “As we continue to expand, diversify and develop the BMGPM global talent roster, it is particularly encouraging to see new BMGPM catalogues At The Studios and Appears Next among BMGPM successes commended for their excellent work this year.”

Winner of the Best Use in Scripted TV Series, Steve Martin, CEO/Producer, Addictive Tracks, added: “Working with BMGPM as a global creative partner, we are confident our work will be utilized in great ways thanks to its reputation for investing in quality music and people. A win in this category at the Mark Awards is the supreme accolade.”

In the last few years, BMG has grown its production music division exponentially with a number of key senior hires and innovative deals, including partnering with ITV Studios, the Hidden Hit Maker’s lockdown Sample Challenge, teaming up with educational organization Expand Music on access-to-industry initiatives, and launching A-list film and TV composer label Luminary Scores with renowned music maker Alan Lazar. Its parent company BMG recently announced a long-term exclusive agreement with Netflix to administer its music publishing rights for the world, excluding the US.

The Mark Awards are held annually by the Production Music Association (PMA). A 2017 study by PMA suggested a conservative estimate of the value of the global industry at $1bn, with annual revenue in the US alone estimated at $500 million in addition to tens of thousands of jobs fulfilled by composers, songwriters, producers, and musicians – a large scale sector with massive impact ‘hidden in plain sight’.