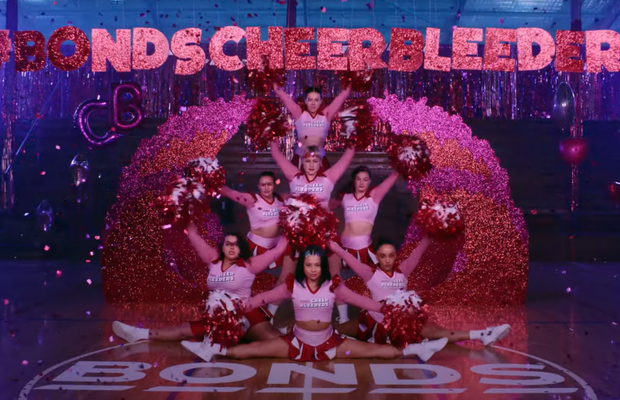 Bonds has launched their latest Bloody Comfy Period Undies campaign, ‘Cheer Bleeders’ featuring a specially created cheer team dedicated to making all Australians who menstruate feel more empowered before, after and during their period.

The integrated campaign, created in partnership with Special Group Australia, showcases the Bonds’ Cheer Bleeders wearing Bloody Comfy Period Undies as they cheer about different aspects of periods using the tagline ‘Cheer through the Bleed’. The cheers are raw, humorous and bloody honest.

‘Cheerbleeders’ aims to change the uncomfortable experience many Australians still feel when getting their period, with many taking time out from school, sport and other activities due to discomfort, teasing and fears of embarrassment. Instead, Bonds strives to show people that you don’t have to follow the conventional rules around periods. It’s your period on your terms.

Luke Thompson, creative director at Special Group, added: “Bonds’ mission is centred around making the world a more comfortable place for everyone and there has never been more opportunity to do this than when it comes to young Aussies and the cultural norms around periods. The Cheer Bleeders do just that by cheering proudly and positively about periods and everything around them. They also hero Bloody Comfy Period Undies with a fresh voice that’ll appeal to teens in the channels they use.”

Bonds’ marketing manager, Kedda Ghazarian said: “Cheer Bleeders is the next exciting instalment on our Bloody Comfy Period Undies journey, following our launch of the category-breaking innovation in 2020. We want to show young Aussies everywhere, that you can be just as active, just as confident and just as comfy when you have your period as when you don’t. No period should hold anyone back. Special Group have developed a campaign with the confidence and attitude to match.” 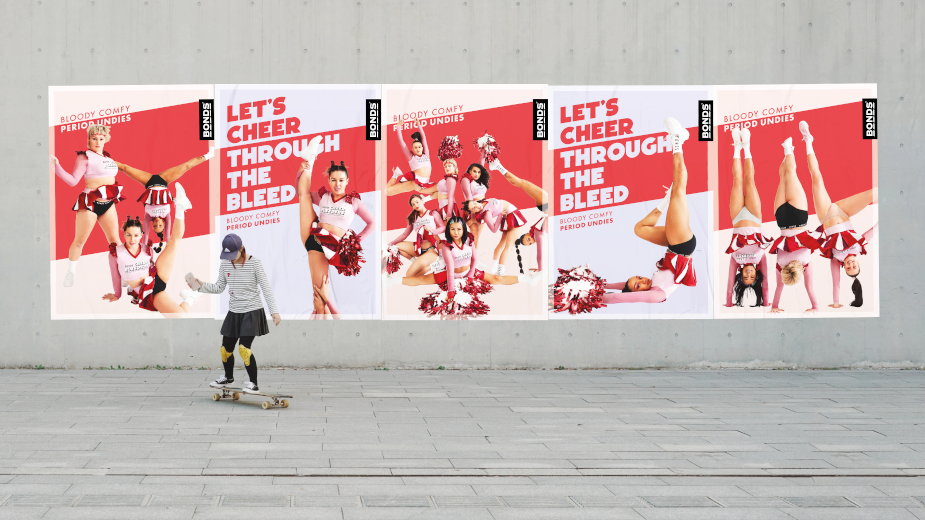 All the integrated film assets across Instagram, Facebook, TikTok and YouTube were shot by director Leilani Croucher and the Revolver team. This even included creating bespoke content with personalised cheers for Tik-Tokkers all across Australia and New Zealand who use #Periodtok, to playfully respond to period-related questions and previously posted videos.