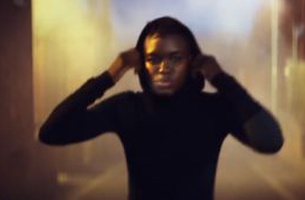 Leading British skincare brand E45 has launched the second campaign under its Straight Up Skincare banner which sees Nicola Adams OBE, the world’s first female Olympic boxing champion, reprise her role as the face of E45.
It follows last year’s popular debut campaign, in which the brand unveiled its new positioning as a straightforward, uncomplicated, everyday product, and Adams – who shares the same fuss-free, uncomplicated ethos – as its ambassador.
This year’s campaign – which promotes E45 Rich, its new, premium range – gives a glimpse into Adams’ hectic lifestyle as she balances time between her hometown of Leeds and her training base in San Francisco. The viewer sees her skin being put through extremes, from a freezing jog in the UK to a chlorine-filled pool in the US – demonstrating that when we put our skin through more, we need to give more back.
The new E45 Rich range has been developed for precisely this: when your skin needs that little extra moisturisation and care, but you don’t want all the added, complicated ingredients other moisturisers can offer. Last year, E45 revealed that 81% of UK women feel ‘completely and utterly bombarded’ on a daily basis by conflicting health and wellbeing messages, and they have a desire for things to be less complex.
The campaign has been strategically and creatively led by creative agency Havas London and launches with a talent-led PR campaign from sister agency Cake. The TV commercial – which utilises match cuts to dynamically navigate between Adams’ lives in Leeds and San Francisco, was directed by Raine Allen-Miller through Somesuch & Co. It is accompanied by point of sale, shot by Magdelena Wosinska, and digital executions.
Charlotte Schloesing, Marketing Director at Reckitt Benckiser says: “After the success of last year’s campaign, we’re thrilled to retain Nicola as the ambassador of E45. So many women in the UK experience hectic lifestyles, and Nicola’s split between Leeds and San Francisco is a great representation of the amount we put our skin through every day.”
Elliot Harris, Deputy Executive Creative Director at Havas London, adds: “Nicola’s such a perfect fit for E45 and its straight-talking, no nonsense ethos that we just had to get her back. This campaign also boasts a supremely talented crew behind the lens, including the all-female trio of director Raine Allen-Miller, DoP Rita Yang and editor Elise Butt. Far from box ticking, that’s us selecting the best people for the job – which says an awful lot in itself.