Brands Continue to Strengthen Emotional Connections with Citizens During Crisis

Based on a regional study carried out in May 2020, DDB Latina analyses the results and shares the ranking of brands that consumers consider have done a better job during times of crisis 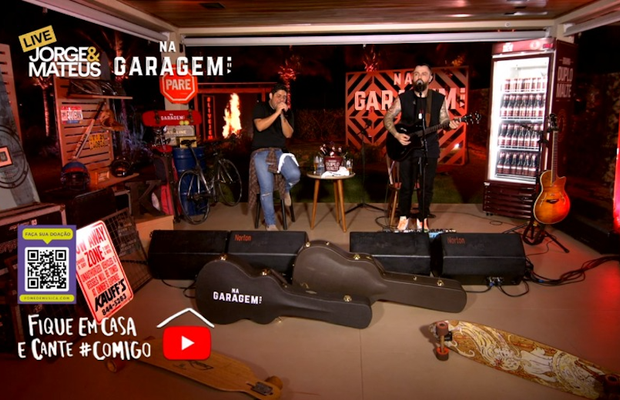 DDB Latina releases a regional study in which it has identified the brands and industries that have turned this difficult time into an opportunity to strengthen their emotional connection with citizens. The study has used a sample of 3,013 people in nine countries in the region (Argentina, Brazil, Colombia, El Salvador, Spain, Guatemala, Mexico, Peru and Puerto Rico).

In the study, each interviewee has provided the names of the three brands that they feel have done a better job during this pandemic. This in order to understand what are the brands that have impacted them with their commitment, their actions or the solutions they have offered the citizen, which has made them be remembered and valued.

Here are the most relevant findings of the study:

1. AB Inbev has done the best job. AB Inbev's corporate and product brands are ranked, in six of the nine above mentioned markets, as the brands that have best responded to the crisis. The reconversion of its production plants to package disinfectant gel, as well as its actions in favour of small businesses or donations of medical equipment and food, made it the corporation whose brands are most recognised and valued by citizens in this pandemic.

2. Supermarkets are the most highlighted category. When compiling the first brands among the markets studied, 23 of them are retail brands (14 supermarkets and 9 were department stores). Because it is a category where local brands prevail, only Walmart manages to stand out as the most relevant brand regionally. Most supermarkets stood out for the prompt implementation of hygiene and safety measures in their stores, as well as the launch or improvement of their home delivery services.

3. Delivery services are our new best friends. As a result of confinement, citizens valued home delivery services as essential solutions in their lives. Regionally, Rappi became the brand that occupied the most spaces in the rankings, followed by Glovo. Although the mentions are the result of the very relevance of the category, it is also important to remember that these brands promoted the donation of food or help, generated special actions for the care of their employees and supported local businesses.

4. The donation of medical equipment generated the greatest impact. Analysing the most mentioned brands in the various countries, many of them were the ones that donated medical equipment or set up hospitals in their countries or in their communities. Among the solidarity actions that promoted the most recognised brands by citizens, it is also worth mentioning the donation of food, as well as those brands that announced that they would take care of their employees and avoid layoffs.

5. Optimistic messages made connection much easier. The brands that decided to make a change in their packaging to give messages of hope, as well as those that launched messages in the mass media to keep the morale of citizens high were at the top of the countries' rankings

It is important to say that speed and impact have been the key factors in achieving citizen recognition. The brands that, as soon as the quarantine was declared, immediately went out to announce their support and the measures they would adopt, were the ones that achieved the greatest public recognition. The same was true for those who organised online activities that surprised the public, those that made large donations or created advertising that excited people. Impact and speed are definitely essential values in brand building. Especially when citizens live moments of uncertainty.

“Creativity will always be the best response to chaos. In a difficult moment is when brands that, with their ideas, their spirit of collaboration, and their emotional connection, stand out within the community and at the end win the heart of people. This is how you sown for the present and for the future,” said Juan Carlos Ortiz, president of DDB Latina.

Juan Isaza, vice president of strategy explained that “there is evidence that at times when people are distressed and worried, the brain tends to store memories much better. This leads us to conclude that the actions and the communication that the brands carry out during this time of the pandemic may have more memories than all the advertising they have done in recent years.”

Top five initiatives developed by the most mentioned brands in the countries:

4. Actions of care for the employees themselves

Top five categories that group the most mentioned brands:

These are moments in which citizens value the commitment of brands. Not only for offering the best products and services but also for demonstrating their commitment to society. Those who have donated medical equipment, food for those most in need, and those who have cared for their employees have earned a relevant place in the minds and hearts of Latino consumers.