“With Brian joining, we’ve solidified a powerhouse creative leadership group, and I can’t wait to see his creative contributions to the agency and our clients" 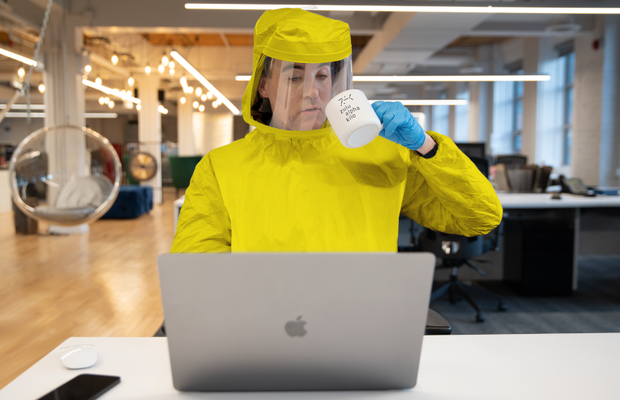 After a year-long global search, Zulu Alpha Kilo has found its newest executive creative director much closer to home. Award-winning creative, Brian Murray, has joined Zulu Alpha Kilo as its newest ECD.
Brian was most recently chief creative officer at Ogilvy Canada in Toronto. During his time at Ogilvy, he led a creative renaissance, resulting in numerous Cannes Lions, two campaigns on Ad Age’s exclusive 'Best of 2020' list, and Ogilvy being named the fourth most effective agency in North America by the 2020 Effie Awards, and the only Canadian agency in the top 10.
Brian has consistently ranked amongst Canada’s top creatives and is also one of the country’s few creatives with an MBA (from the University of Toronto’s prestigious Rotman business school). It was Brian’s creative pedigree, grounded in creative excellence and a true understanding of clients’ business, that Zulu founder and CCO, Zak Mroueh, says attracted him: “What I love about Brian’s work is it’s smart, creative and for real brands. There’s substance to his creativity and there’s a business purpose behind the ideas.” Zak had been following Brian’s trajectory and career for many years and had tried to hire him in the past.
During his career, Brian has won hundreds of awards, including international recognition from Cannes, One Show, D&AD, Clios and Webbys. He has worked on B2B, B2C and CRM platforms and led campaigns for many of the world’s most respected brands, including American Express, BMW, Cadbury, CIBC, Dove, Honda, Huggies, Kleenex, Mercedes-Benz, Miele, Nordstrom, Pfizer, Pizza Hut, Post Foods, Starbucks and Telus.
Also notable among Brian’s recent accomplishments is the Dove 'Courage is Beautiful' campaign, celebrating front-line healthcare workers. The campaign was adapted for 15 global markets, achieved two billion+ earned PR views, made the cover of New York Times, and was the most awarded Health & Beauty campaign in the world in 2020 according to AdForum. It has also donated $5 million+ in badly-needed supplies to battle against Covid-19.
Brian started his career as a copywriter at Lowe Roche in Toronto. He then moved to the UK, working at DraftFCB and Publicis Modem in London. Upon returning to Canada, Brian worked as group creative director at Cundari, where he was part of the team behind a remarkable run of great work, including the successful viral films 'Helipad', 'Walls' and 'Bullet' for BMW’s line of high-performance M vehicles. Before joining Ogilvy Canada, he was creative director at doug&partners in Toronto.
“I’m really excited to join one of Canada’s most innovative independent agencies,” said Brian. “Zulu Alpha Kilo has such an incredibly talented team and an inspiring global vision. I think, together, we’ll do some special things.”
Brian’s addition comes a few months after the agency added Stephanie Yung as head of design, and a year after Wain Choi joined as ECD. The three of them, along with creative operations director, Christina Hill, will lead the agency’s creative group alongside Zak.
Zak added: “With Brian joining, we’ve solidified a powerhouse creative leadership group, and I can’t wait to see his creative contributions to the agency and our clients. And he’s got such a strong following of creatives who love working for him.”