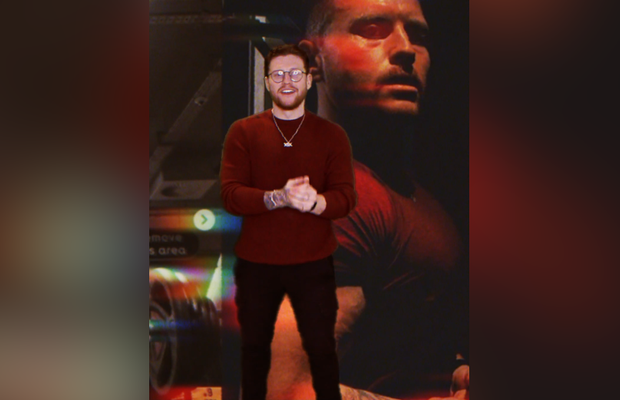 Today Karmarama, part of Accenture Interactive, and the British Army Recruiting Group in partnership with Capita release First Time Fails – a new short film sees well known influencers recount stories of failure that have helped shape who they are today.

First Time Fails has been created to dispel the myth that failure is always a bad thing and instead shows how learning from our failures is a valuable part of life. The film will be shared on British Army and influencer’s social channels.

Karmarama enlisted YouTuber Behzinga (Ethan Payne), presenter Cassandra Maria and comedian Lauren Pattison who are each known for having an honest, accessible nature and a relatable sense of humour to the target youth audience.

In the film, Ethan talks about his early dating disasters when attempting to woo a potential suitor with gift shop crystals. He also speaks about his transformative fitness journey and the fails he encountered on the road to running a marathon. Cassandra shares her story of difficult driving test experiences – failing five times before finally passing. Finally, Lauren discusses the time in her early stand-up career when she performed to an empty room before embracing the failure and battling her fears to get back on stage. The film will be supported by a wider campaign of athletes, comedians and social media influencers sharing their stories of First Time Fails on their own channels.

First Time Fails follows on from the British Army’s latest recruitment campaign, Fail. Learn. Win. The new recruitment campaign shows the positives of failure and how failing is not a reason to quit, but a way to learn and grow, in order to win when it really matters. This is a stark contrast to wider society where failure is often seen as a weakness, to be avoided at all costs, and many are obsessed by projecting perfection through social media, exam results and material objects.

Lt Col Kevin Bingham – British Army Recruiting Group: “While failure is often seen as a weakness, we recognise that it can be an important part of learning and growing in order to become your best. Usually, failures are hidden away in our society, so we wanted to create a film to showcase how even the country’s biggest success stories have their moments of failure. It’s how you respond to that failure, dust yourself off and go again that counts.”

Siobhan Penrose-Johnson – head of marketing, British Army Recruiting Group in partnership with Capita: “This year’s advertising campaign focuses on the moments of failure, learning and winning that people experience in the Army. We also wanted to show and celebrate the kinds of failures that our audiences would find themselves encountering. The stories told in our First Time Fails film show that all different kinds of failure can feel overwhelming at the time, but they all share the same learning experiences that ultimately fuel success.”

Nik Studzinski – chief creative officer at Karmarama, part of Accenture Interactive: “The latest iteration of our ‘Fail. Learn. Win.’ campaign sees various influencers join the ranks of the British Army in their fight against the stigma of failure. Sharing their own honest, light-hearted, and personal accounts of moments in their lives when they felt they’d failed, they’re continuing to help people to understand that failure is not always the end of something, but often the beginning. A fact the British Army use to great effect in their training.”

The campaign is supported by research from the British Army that reveals:

The campaign is the fifth iteration of the ‘This is Belonging’ series developed by Karmarama, part of Accenture Interactive, for Capita and the British Army. The new campaign shows how it is only by failing, learning and growing, that soldiers can become their best.