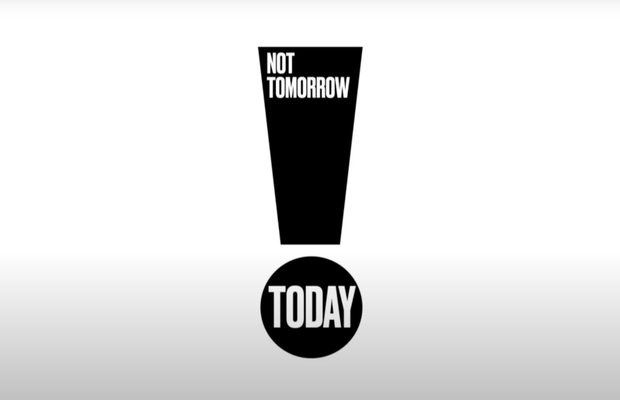 As part of BT and EE’s continued investment, commitment and action towards a sustainable future, the group has launched a new platform: Not Tomorrow. Today.

The disruptive campaign acknowledges the climate emergency we’re facing, and explains what BT and EE are doing right now to work towards a sustainable future.

The campaign launches with a national press campaign and out of home media campaign across Glasgow, as well as a manifesto film aiming to cut through the humdrum of  corporate commitments and tell customers the actions BT and EE are already taking to tackle climate change.

The campaign lists the businesses sustainability credentials including the fact that EE & BT use 100% renewable electricity to power their networks, BT refurbishes and recycles  its broadband hubs and TV boxes, and EE offers free annual phone MOTs to extend their life, as well as offering eco-friendly devices to customers that recycle their old phones.

The film goes on to explain the impact of these actions, stating how BT has already refurbished and recycled over 900,000 hubs and TV boxes, saving 11,400 tonnes of CO2  emissions, equivalent to electricity powering 3,563 homes for a year.

Not Tomorrow. Today will be housed on a dedicated website featuring the manifesto film, as well as information on all of the sustainability initiatives from across the business, as  well as links to other resources.

Earlier this week, BT was placed first on the Tortoise Media Climate100 Index1, in a ranking of the FTSE 100 companies. The ranking is based on a number of climate related  indicators including a significant reduction in BT’s carbon emissions year-on-year, the percentage of renewable energy used by BT (100%) and the high proportion of waste that  is recycled or reused.