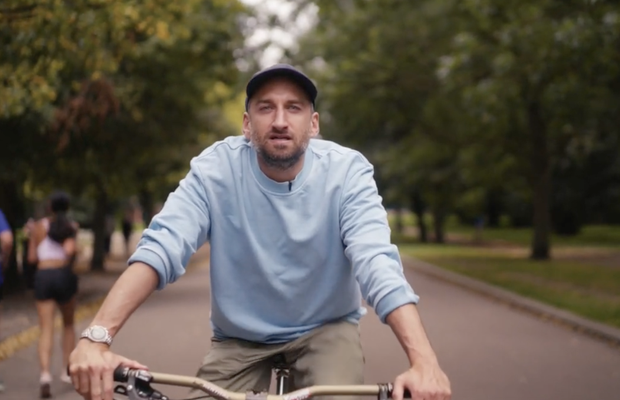 A hot summer in London. FRANKIE (13) watches a local bike crew and longs to experience their freedom. So in a moment of confidence, she steals a bike from the gang. Only trouble is; she doesn’t know how to ride it...

Ollie is best known for his award-winning short film 'Five Star Fouad' starring Dominic West. He’s made music videos for pop stars like Tom Walker and commercials for global brands such as the BBC and LYNX. And to date, his films have had over 88 million views.

Director Ollie Wolf goes into a bit more detail about the project, and the passion that fuels it: “Growing up in a small rural village, my bike was my escape plan. It gave me the freedom and autonomy to go wherever I wanted. And once I experienced that freedom, I couldn’t be without it. Through Lotus, I want to celebrate the transformative force of the bike and the powerful effect it can have on children by giving them a sense of control and direction in their world. And with seemingly fewer and fewer children venturing outside to play, serving up the magic of cycling has never been more relevant.”

As well as telling Frankie’s story, Lotus is also a way to celebrate the active London #Bikelife scene which is formed around the mantra of ‘Knives Down, Bikes Up’. Through the positivity of cycling, kids are pulled away from gang culture and into a more nurturing, two-wheeled community.

Currently 'Lotus' has half the budget secured for the film and the team is hoping to match that with crowd funding with rewards for every level of support as Ollie outlines:

“From tickets to our London screening, signed prints by photographer Adam Corbett and a limited-edition copy of the zine we’re making - we’ve curated a fantastic selection of rewards for every level of support you could even become an Exe-producer and have a seat on set!

Lotus truly is a passion project for the team. It’s a story we all believe has a timeless appeal with the potential for global reach. We would love to have you on the ride with us.”

If you would like to contribute to Lotus, please do so via the link here.

Director Davis Silis Goes on a Journey of Wonder for FedEx