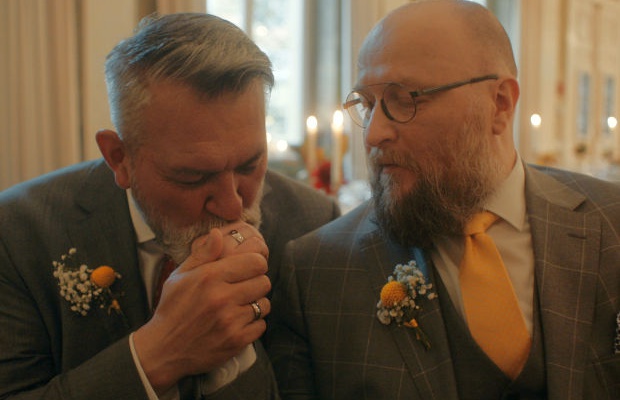 In a new heart-warming documentary-style commercial, Soup Film's director duo The Dons make Burger King's 'Your-Way' philosophy come to life. Burger King's German branch, the sponsor of this year's Christopher Street Day in Cologne on July 7th, decided to turn Whopper ashes into diamonds to celebrate marriage equality in Germany. Together with Garabarz & Partner and Soup Film, they devised a campaign that underlines their belief in free choice and equality - whether in burgers or in partners.

After having just been celebrated and awarded for the Soup Film production 'ZDF Auslandskorresponenten,' The Dons yet again prove their unique talent to capture intimate, authentic and charming real life moments on camera.

What at first sight looks like a bad joke - a Whopper gets completely burnt pitch-black in an oven - soon turns out to be a touching statement for love and diversity, as the film documents the wedding of two men, who are unable to get married in their countries.

The films opens with the info that "in 179 countries same sex marriage is not allowed" and continues by saying "In Germany it is." At the same time the audience gets introduced to Dima and Alvar, two eastern European men, clearly in love, but who struggle to even hold hands in their home countries. From there, the film follows the couple as they travel to Germany, take a river cruise, get their suits fitted, and - of course - as the Whopper diamonds get added to their weddings bands.

The production team invited Dima and Alvar to Berlin, along with their families and friends from all over Europe, to give them the opportunity to get legally married - first in an official procedure and then later with a ceremony and party. The result is a beautiful and bold statement of love.