Launched by Atomic London, the spot solidifies the Volkswagen FS and Daimler-backed brand to car buyers 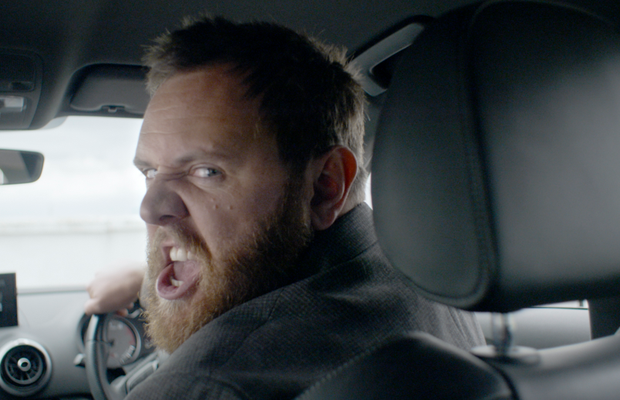 heycar, the online car marketplace, has launched its new multi-million-pound ad campaign this week as the Volkswagen FS and Daimler-backed brand seeks to solidify their place in car buyers’ minds.

The multi-channel campaign breaks this week with a new TV spot. Created by Atomic London, it brings to life just how good buying a car with heycar can feel, and features a new owner performing an extraordinary lip-sync to Flo Rida’s iconic music track, ‘Good Feeling’.

Tracy Woods, marketing director at heycar said: “For most people buying a car is a big purchase, and while it should be exciting, it’s too often fraught with worry. At heycar we’ve listened to buyers’ concerns and built a proposition and experience that takes the worry away, so they can simply enjoy the ride. This campaign is about landing that message with car buyers across the country and rapidly growing our brand.”

The ad opens on the driver of an Audi from heycar as he climbs in after a long day at work. He flicks on his favourite track on the sound system and begins lip syncing perfectly to the iconic vocal intro. The lip syncing is taken up a further notch as he performs Flo Rida’s rapid fire rapping. The ad ends with the new campaign line, ‘Hey, buying a car never felt so good.’

Dave Henderson, creative partner at Atomic said: “It’s been a dream project, with heycar right from the start demanding we create a highly entertaining, standout launch film and a core idea that would work at every level, in multiple channels”

Guy Bradbury, creative partner at Atomic continued: “As a creative team, we wanted to push that new car feeling to the extreme, with a showstopping blast of lip-syncing. Working with a huge talent like James, we were able to do just that, and we are thrilled with the outcome.”

The ad was directed by multi award-winning comedy director James Rouse at Outsider, who’s famous work includes spots for Marmite and Harvey Nichols amongst many others. The 60 and 40 second spots will be live from 17th August and will be executed across the entire customer journey, with bespoke assets for YouTube, radio, social media and a media partnership.

This is the first campaign by Atomic London, after winning the creative account in Q1 of this year, following a competitive pitch. Atomic worked with an integrated team to deliver the through-the-line campaign, with Omnicom Media Group’s PHD handling media planning and buying and Democracy managing PR for the brand.