TV spot by VCCP London reveals heartland of Cadbury Dairy Milk, showing there’s a glass & a half in everyone 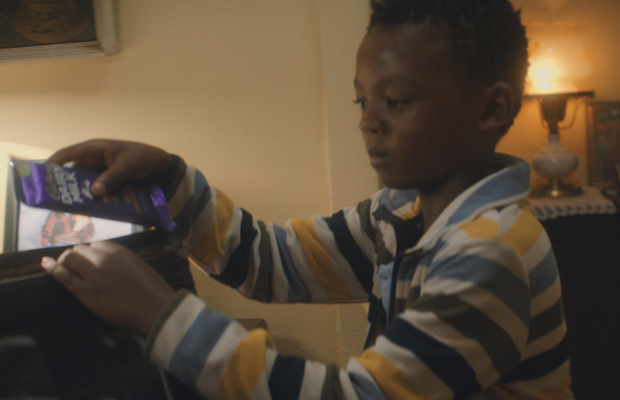 With 9.6 million illiterate adults in South Africa above the age of 15 Cadbury's latest integrated campaign is on a social mission to improve literacy in South Africa. Launching today in South Africa only, the campaign lands Cadbury’s brand purpose of shining a light on the power of human generosity and will lead with an emotive TVC.

Created by VCCP London, the hero film ‘Mrs Mabena’, tells a powerful story of Sifiso, his mum and Mrs. Mabena who become more closely connected through a small but meaningful act of kindness and generosity. Mrs. Mabena looks after Sifiso whilst his mother is at work, insisting he learns English during their time together. We see a tense but familiar domestic scene of trying to homeschool him, Sifiso doing what he can to resist her strict instructions. When Sifiso sees his mother try to pay Mrs. Mabena and she refuses, he realises Mrs Mabena isn’t strict - she’s trying to help him and his mother. He decides to reward one act of generosity with another - slipping his own bar of Cadbury Dairy Milk into her bag. The film ends with her finding the chocolate and smiling, closing out with, ‘there’s a glass and a half in everyone’.

The TVC will run alongside a consumer driven activation, created by partner agency Ogilvy South Africa. Driven by the stark fact that only 2% of books published in South Africa are in African languages, the activation will invite South Africans to help address the problem one word at a time, by translating words into their own language. Using human generosity to help tackle the issue, Cadbury has partnered with Nal’ibali and a range of South African authors to use these words to create children’s story books in African languages.

Langa Khanyile, chocolate equity lead, Sub Saharan Africa said: “Cadbury has always been a brand that aims to bring people closer together, we are founded in the spirit of generosity and pioneering social impact. This work forms part of a journey that calls on all South Africans to help tackle the pertinent social tension of illiteracy and help re-write the narratives of our people, in our own words, one word at a time. We are delighted to launch the first TV activity linked to this social mission, Mrs Mabena.”

Chris Birch, executive creative director at VCCP added: "We've all known a Mrs Mabena. Especially when we were kids. Seemingly stern on the outside, yet an absolute generous gem on the inside. We are extremely proud of this work and the goal to improve literacy in South Africa."

The film will launch today on TV until 30th September. Alongside the spot, a digital, social and in store activation will be run by partner agency Ogilvy South Africa, inspiring the people of South Africa to help make an impact on the issue. Media planning and execution was delivered by Starcom.